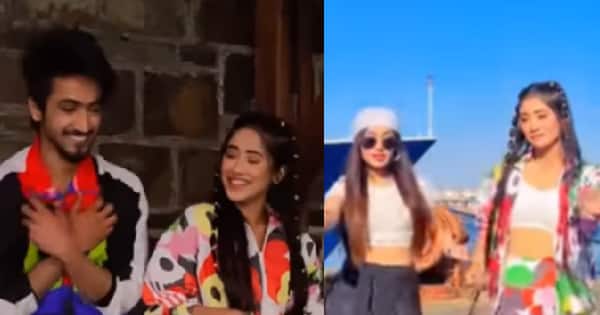 Fans are waiting for Khatron Ke Khiladi 12 to go on air with bated breath. Rohit Shetty’s stunt-based show will hit the TV screens in the month of July. But ahead of the show, the contestants are keeping everyone entertained by sharing videos and pictures from Cape Town. Yeh Rishta Kya Kehlata Hai fame Shivangi Joshi is also one of the contestants on the show. She seems to be one of the strongest contestants giving tough competition to others. It seems that she has also made a few friends on the show. Also Read – Anupamaa: Will Aneri Vajani aka Mukku return to Rupali Ganguly’s show post Khatron Ke Khiladi 12? Actress BREAKS SILENCE

Is Shivangi Joshi an introvert?
In an interview with Etimes, Shivangi Joshi opened up about the bond she shares with fellow contestants. She stated that she is an introvert and it does take her time to open up to others. However, she has managed to make a few friends in Rubina Dilaik, Jannat Zubair and Faisal Shaikh. She made a special mention of Faisal and called him a sweetheart. She also revealed that all the contestants motivate each other to perform the stunts. The actress who was then a part of Balika Vadhu 2 was quoted saying, “I am a little introvert and take time to open up with friends. I am getting along with all of them. Rubina, Jannat, Faisu, they all are lovely people. Faisu is a sweetheart. He is one of the best influencers of our country. He is very sweet, supportive and competitive and he does all his stunts very well. This time all the contestants are very supportive towards each other. We understand each other’s situation and relate. We motivate each other because mental strength is very important so we cheer whenever one of us goes for a stunt.” Also Read – Trending TV News Today: Charu Asopa-Rajeev Sen to get divorce, Khatron Ke Khiladi’s Sriti Jha reveals being in awe with Rohit Shetty and more

Shivangi Joshi eliminated?
Rumours have it that Shivangi Joshi has been eliminated from Khatron Ke Khiladi 12 but there is no confirmation yet. Even if eliminated, fans are expected her re-entry as wild card contestant. Also Read – TRP Week 24: Rupali Ganguly’s Anupamaa retains top spot despite flak from fans; Banni Chow Home Delivery is the new star on the charts