Skip to content
HomeEntertainmentKhushi Kapoor looks lost as a male friend helps her get to the car post partying; netizens declare her ‘drunk’ [WATCH VIDEO]

Khushi Kapoor who is all set to make her Bollywood debut with Zoya Akhtar‘s The Archies was spotted last night with friends for a party that had Nysa Devgn and more. While the girls had a great time along with their common friends Orhan Awatramani who has been of lately become extremely popular among the ladies was seen rescuing Khushi Kapoor as there was a crowd gathering outside the restaurant to have a glimpse of these star kids. However, Khushi looked a bit lost while Orry helps her get in the car followed by Nysa Devgn and more. Also Read – Nysa Devgn and Khushi Kapoor spotted at a restaurant; netizens troll them for ignoring paps, ‘Attitude to dekho inka’ [View Pics]

The video of Orry helping Khushi is going viral and the netizens are declaring her drunk. Khushi Kapoor was seen wearing a sexy black dress while Nysa looked a hottie in a little red dress paired with a colourful jacket. The internet is strongly slamming the girls and wondering why they are so much influenced by the West while others picked them on nepotism for being star kids. One user wrote, ” Sb nashe me talli h”. Another user commented on how Khushi has been avoiding the street kids, ” khusi aise bhag raha hy ki bache usko chunese cancer ho jayega.” Third user said, ” She is drunk and unable to walk”. Also Read – Trending Entertainment News Today: BJP minister calls Arjun Kapoor a ‘flop’ actor; reason why Ranveer was replaced by Ranbir in Bombay Velvet and more 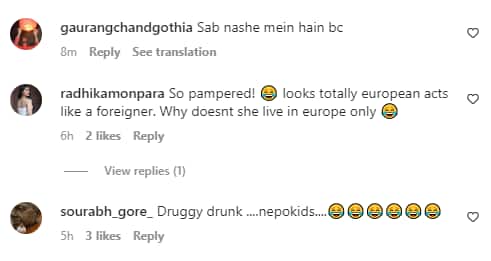 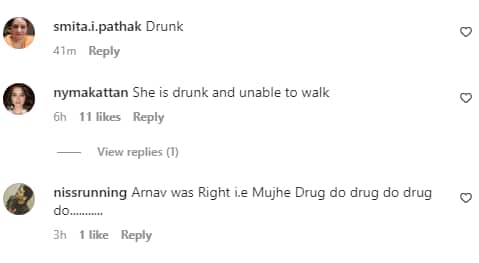 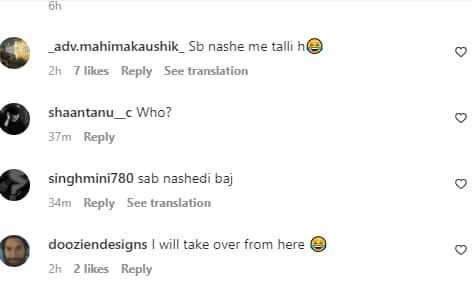 Nysa Devgn too might make a debut in Bollywood soon. Talking about her pursuing her career in acting superstar Ajay Devgn said that for now Nysa hasn’t told them anything but you never know as young minds keeps changing. Nysa is one of the most popular star kids among all. While Nysa was slammed by the netizens for thwarting attitude towards paparazzi as she completely ignored them when they addressed her name and insisted on to pose.