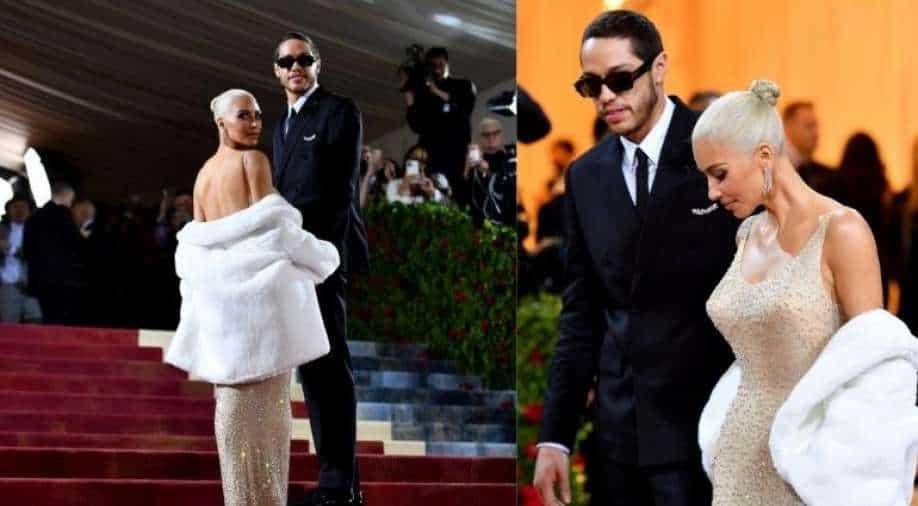 The things love makes one do. Reality TV Kim Kardashian and her comedian boyfriend Pete Davidson love to treat their skin problems together. Kim recently appeared on the ‘Tonight Show Starring Jimmy Fallon’ and revealed that the two ‘inject pimples’ in tandem and admitted she loved making visits to the dermatologist ‘together’ with Davidson.

“We go to dermatologists together, we inject our pimples together,” said the ‘Keeping Up with The Kardashians’ star. In addition, Kim admitted doing skincare in tandem and treating their acne together is one of her `major bonding things`.

Kardashian recalled an incident when she was confident that the bond shared between her and Davidson ‘was special’ when the latter applied her acne medication while she dozed off to sleep. “I kept on talking all night like, `Oh my god, I have this pimple, I have this pimple, don`t let me fall asleep, I have to put pimple medicine on it before I go to sleep… Fell asleep, forgot, woke up in the morning with dried pimple medicine on my face … Such a gentleman!” praised Kim.

Previously, in one of the episodes of `Keeping Up with The Kardashians`, Kim had confessed that the couple were ‘obsessed with skincare and dermatologists’.

Kim had recently launched her own skincare line which goes by the name ‘Sknn’ which consists of a wide range of skincare products like a cleanser, exfoliator, eye cream, toner, and hyaluronic acid and vitamin C serum to name a few.

Kim’s other beauty lines comprising KKW Fragrance brands and KKW Beauty are currently undergoing rebranding after her break-up with American rapper Kanye West. The rapper had previously played an important role in the lauch of Kim`s Sknn skincare line, introducing the brand name and coming up with ideas relate to its packaging and visual identity.