Skip to content
HomeEntertainmentKoffee with Karan 7: Ananya Panday wishes to be served on a ‘platter’ to Liger costar Vijay Deverakonda; calls him ‘Hunger Games’ 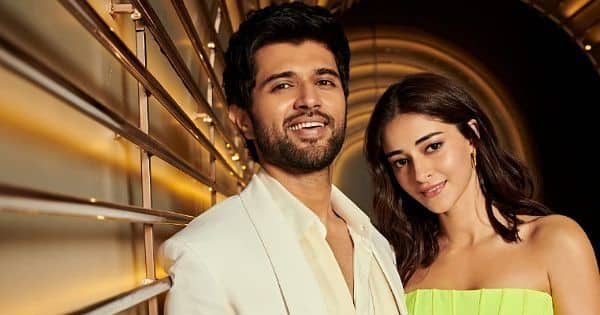 Host Karan Johar is back for Koffee with Karan season 7. Having stood the test of time for 18 long years, Koffee with Karan has grabbed headlines courtesy its guests’ intimate conversations and candid confessions, and this season looks to up the ante. With a new episode dropping every Thursday exclusively on Disney Hotstar, longtime fans are in for a treat as Koffee with Karan 7 has returned from 7th July onward. In its fourth episode, Vijay Deverakonda will appears with Liger costar Ananya Panday. Their contrasting yet enigmatic personalities shine through as host Karan Johar makes them walk the talk surrounding heart, career and working with each other. Also Read – Bigg Boss 16: Divyanka Tripathi, Karan Patel, Munawar Faruqui and other celebs who are MOST likely to enter Salman Khan’s show [View Pics]

It isn’t everyday that you get to hear your favourite stars spill the beans on their love interests, close friendships and the way to their heart. Declaring the competition among leading B-town ladies for Liger costar Vijay Deverakonda’s attention as “Hunger Games”, Ananya Panday, who herself is known to rule over several hearts, explicitly shares her intentions of not being left behind in the race. “I also want to be on the platter with them. I feel so left out,” Ananya Panday told Karan Johar woefully with a twinkle in her eyes. Also Read – From 230 to 80 kilos; Adnan Sami finally talks about his VIRAL pictures and the struggle he went through this weight loss journey

While Koffee With Karan Season 7 has pointedly shown the actor’s increasing popularity in the hearts of Gen Z, Vijay Deverakonda, a stoic gentleman, preferred to keep his true feelings under wraps. Instead, he treads a neutral middle path preferring to give subdued compliments to Sara Ali Khan and Janhvi Kapoor. But the star’s exasperated host, co-guest, and viewers wished for much more. “I am an old soul Karan,” is all Vijay Deverakonda could blurt out for not wearing his heart on his sleeve on the much-talked-about show. Also Read – Anurag Kashyap, Kangana Ranaut and more Bollywood celebs who spoke about why Hindi films are turning into box office disasters