Skip to content
HomeEntertainment‘Koffee With Karan’: Vicky Kaushal-Sidharth Malhotra talk about their loves Katrina and Kiara 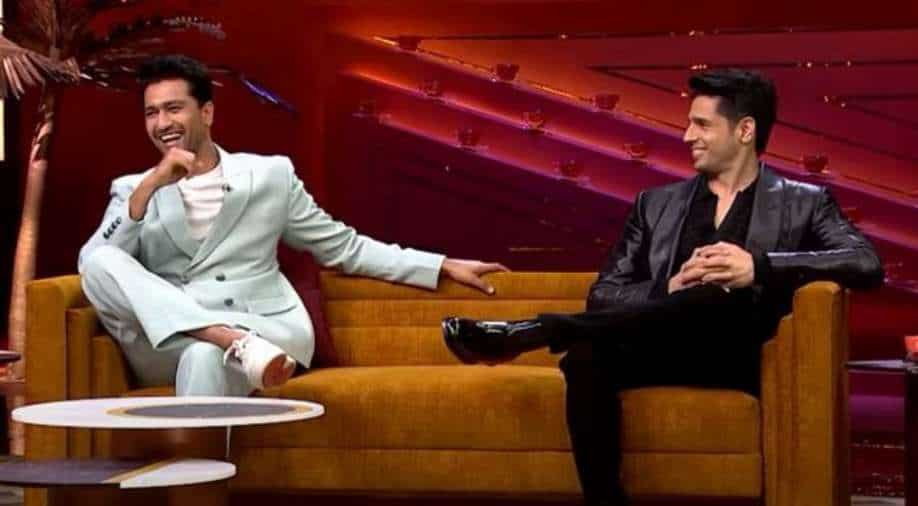 Two of the most good-looking actors in Bollywood- Vicky Kaushal and Sidharth Malhotra will share the ‘Koffee’ couch in the next episode of ‘Koffee With Karan Season 7’.

The two heartthrobs will enchant with their charisma, love lives and manifestations that leave you a little drunk on the Sid-Vicky cocktail!

In a rerun of the “beta shaadi kab karoge?” (when will you get married?) trauma of eligible bachelors, Vicky Kaushal and Karan Johar gang up on Sidharth Malhotra to make this episode rife with wedding rumours and corner him about his rumoured girlfriend Kiara Advani.

The promo of the show was released on Tuesday and shows Sidharth feigning ignorance around the question of marriage.

“I manifest a brighter and happy future,” he can be seen saying instead, leaving us to imagine and also hope that it is with his beautiful and talented beau Kiara Advani.

The seventh episode of ‘Koffee With Karan’ will air on Thursday 12 am exclusively on Disney+ Hotstar.