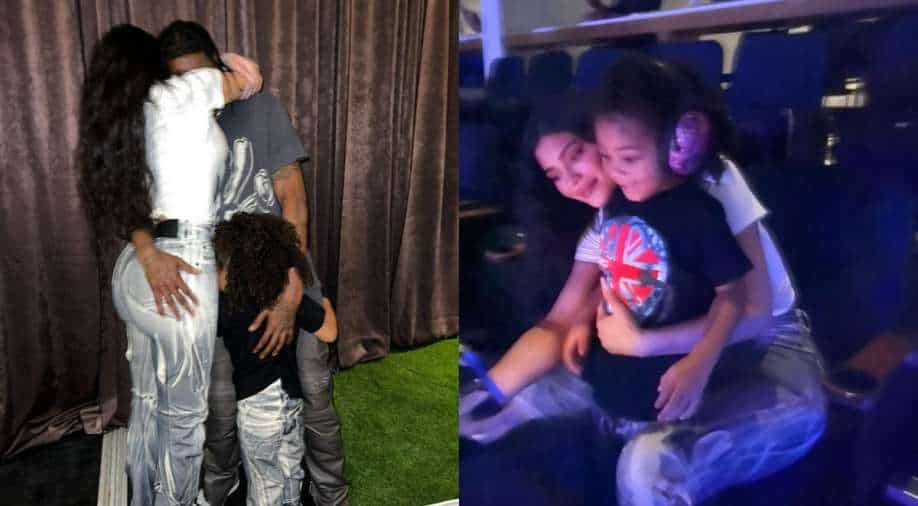 A year after the fatal Astrolworld festival crowd crush incident left many dead, Kylie Jenner showed up to support Travis Scott at his London concert. The beauty mogul was accompanied by her 4-year-old daughter Stormi and the two were twinning in matching pants as they enjoyed the rapper giving a power-packed performance on the stage.

Kylie Jenner shared adorable pictures and videos from the concert on her official Instagram handle. In no time, the post started going viral.

Kylie Jenner & Stormi together at Travis Scott’s show tonight in London at The O2 💜 pic.twitter.com/BcSgDgbjhw

While Scott was performing on the stage, a concert-goer threw an object on the stage but it missed Scott. And, the rapper seemed pretty pissed by the incident.

The show at The O2 marked Travis’ return to a concert as a headliner after a year. He last performed at the Astroworld concert which turned out to be the deadliest American concert since the 2017 mass shooting at a country music festival in Las Vegas. The Houston concert was headlined by Scott last year and was a joint venture between the rapper and promoters ScoreMore Shows and Live Nation.

As Scott was performing on the stage, a crowd surge claimed several lives and left many injured. According to reports, cries for help were heard around 9:30 pm. Around that time, some exuberant concert-goers began pushing to move forward during the performance. And, almost 50,000 people were present at the venue when the incident took place. Twenty-five people were reportedly hospitalized at the time and eight were confirmed dead on the spot.

Along with the four-year-old, Kylie and Travis share a son, Wolf Webster, whom they welcomed this February. On the music front, Travis recently announced his upcoming residency Road To Utopia, which is set to take place at Resorts World in Las Vegas.