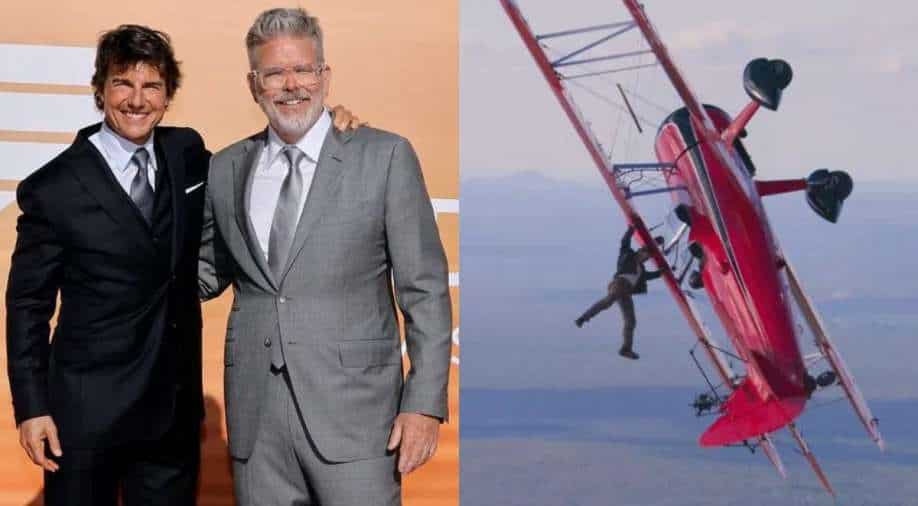 During the weekend, a minute-long clip which shows Tom Cruise standing on a biplane that’s airborne started doing the rounds on social media. In the video, he is seen saying that he is filming the latest entry of the ‘M: I’ series and that he’s excited to show it to people on the big screen.

The viral video left many shocked because the actor is holding the biplane with just one hand and there seems to be no harness involved. Another biplane can be seen flying next to Tom Cruise’s biplane with a pilot and director Christopher McQuarrie in it. And, a third biplane was shooting the whole scene from a distance.

According to TMZ, the video leaked online, without a traceable source. The report also suggests that the video could be a PSA that the actor filmed a while back. Earlier this year, it was supposedly shown during CinemaCon and ahead of a ‘Top Gun’ screening in Las Vegas.

Check out the viral video below.

Also read: Star-studded Malibu Chili Cook-Off interrupted by stampede as child yells he ‘has a gun’

Tom Cruise is known for doing his own stunts. The 60-year-old actor doesn’t believe in hiring a stuntman to do scenes that require a lot of strength and agility. Instead, he keeps himself fit to be able to the toughest of stunts with ease.