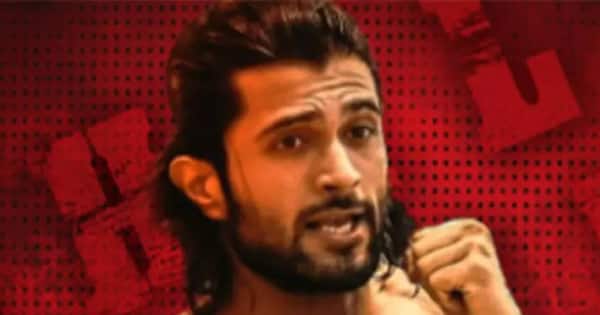 Vijay Deverakonda and Ananya Panday‘s Liger is a complete washout. The film has done disastrous business at the box office. While it had great buzz around it and opened well (Rs 33 crore), the negative reviews soon followed and the film was slammed for being an assault to senses. The film has earned Rs 60 lakh on day 8 in India and theatres are starting to pull it down. In fact, Mumbai’s theatre owner Manoj Desai or Gaiety Galaxy and Maratha Mandir fame, has decided to not run any shows and wait for Brahmastra. He was the one who had recently called Vijay Deverakonda ‘arrogant’ and ‘anaconda’ for his bindaas statements on the Boycott Bollywood trend. The Puri Jagannadh directorial, packaged as a ‘Pan World’ film has failed to meet any expectations. Also Read – Karthikeya 2 star Nikhil Siddhartha to make Bollywood debut soon? In talks with two BIG producers

Now, we hear that the Liger failure at the box office has impacted Vijay Deverakonda severely. As per a well placed industry insider, Vijay has been going through an emotional roller coaster ride right now, feeling angry, upset, disappointed. “He is also feeling embarrassed since he went out there and said a lot of things as he was very positive about this project. He had put in a lot of prep and hard work into Liger but it didn’t pay off,” said the source further revealing that the young star has been thinking about where did he go wrong in his understanding of the film. Also Read – Liger: Puri Jagannadh to compensate distributors for losses; Vijay Deverakonda was against Mike Tyson’s cameo for Rs 25 crore?

Not just this, the actor has also decided to take it slow and lie low for sometime before he bounces back. Earlier, BollywoodLife had reported that though Vijay was thronged by producers for more Bollywood projects, he did not take any decision since he wanted to see the response to his Bollywood debut film Liger. Now, that he knows that the audience has dismissed the film, he wants to take his next step very very carefully. There are also reports, that following the Lifer disaster, Vijay and Puri Jagannadh’s next film JGM or Jana Gana Mana is now on hold, with the team going back to the drawing board and shaking up the film’s script. Also Read – Liger box office failure majorly impacts Vijay Deverakonda-Puri Jagannadh’s Jana Gana Mana; team making big changes to script [Read Details]

Meanwhile, it is said that Vijay Deverakonda was not very excited about getting international boxing legend Mike Tyson on board for Liger that too for a massive amount of Rs 25 crore. It was a very small role and Vijay as well as Karan Johar were not very keen but it was Puri Jagannadh who put his foot down and made Mike be a part of it, making the movie Pan-World. But now, as per a report on Telugu 360, after the major losses that have been incurred, it is said that various distributors are meeting Puri Jagannadh, who in turn has promised to compensate for their losses.