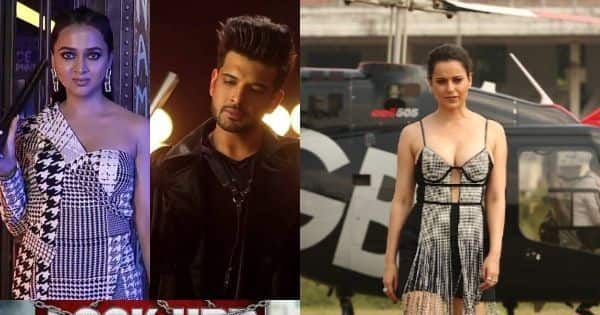 Lock Upp may have ended, but the excitement surrounding the same is still running high among the audience. Fans across the nation are obsessing over the success of bash pictures and scraping the internet to know more inside deets about the show. Well, if you’re among those diehard Lock Upp fans, then you’re in for a treat because we have a hot off the press Lock Upp update just for you. From what we hear, Karan Kundrra has scripted history through his segments by achieving a record-breaking viewership for the OTT reality show, edging out host Kangana Ranaut, winner Munawar Faruqui and female warden and real-life girlfriend Tejasswi Prakash in the process. Also Read – Jayeshbhai Jordaar star Ranveer Singh follows Spider-Man Tom Holland and Batman Robert Pattinson’s footsteps before his film’s release – here’s how

According to inside information, Karan Kundrra’s segments garnered a staggering 13.1 million views, the highest throughout the entire duration of Lock Upp. This is again testament to how popular Karan has become post his stint on Bigg Boss 15, after which his career has simply ssssjyrocketed like never before. Meanwhile, his latest music video, Bechari, has been earning a fair share of acclaim for his dance performance and screen presence. Up next, he has a film with Ileana D’cruz and Randeep Hooda and will also be seen on the show Khatra Khatra, with Jacqueline Fernandez. Also Read – Thor Love and Thunder: Director Taika Waititi REVEALS Chris Hemsworth starrer is a ‘midlife crisis film’

Tejasswi Prakash gets paid as much as boyfriend Karan Kundrra

Earlier, Tejasswi Prakash had joined Karan Kundrra for a couple of episodes on the Ekta Kapoor-produced show, and from what we’ve been told, she pocketed a whopping sum of ₹2-3 lakh per episode, almost as much as her boyfriend made. Go, pay parity, right? Coming to the Lock Upp grand finale, Munawar Faruqui was declared the winner of the OTT reality show, hosted by Kangana Ranaut, produced by Ekta Kapoor, and aired simultaneously on ALT Balaji and MX Player. Also Read – Mahesh Babu’s ‘Bollywood can’t afford me’ statement stirs controversy; Mukesh Bhatt REACTS