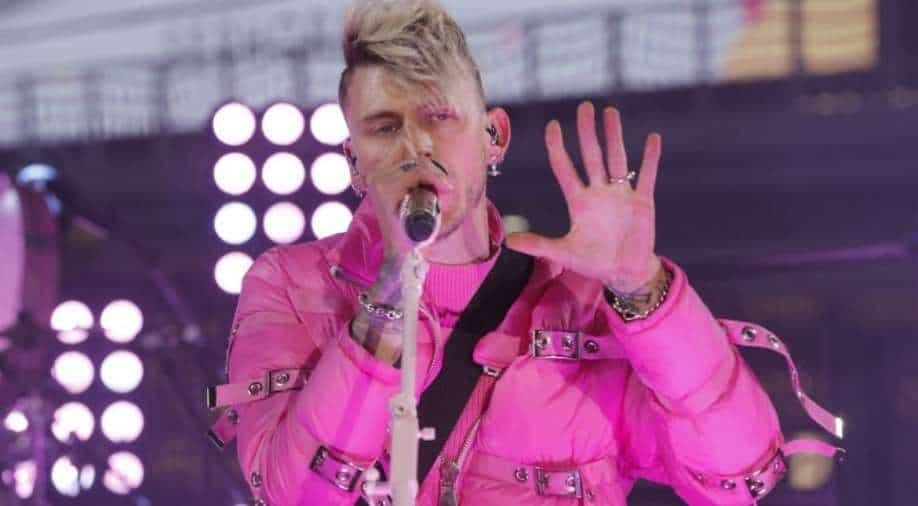 Rapper Machine Gun Kelly`s tour bus was vandalized with a graphic image and homophobic slur recently. Several pictures of the vandalized bus have surfaced online. The images showed that Kelly`s red bus had been marked with the words “Rap Devil F—t” on one side of it in yellow paint and an image of a large penis ejaculating on the other side of the vehicle, Page Six reported.

The bus was vandalized before Kelly`s show in Omaha, Nebraska. An Omaha Police officer informed the publication that the bus has been returned to its normal condition as “all of the spray paint was easily removed and there was no permanent damage to the tour bus.” Also, no arrests have been made yet, but there is an active investigation into the incident.

Kelly addressed the mishap on his Instagram Stories and said that it was not his bus. “You`re so dumb,” he said, shaking his head while lying in a bed. “You spray painted a bus thinking it was my bus. Wrong bus, you f-kin` idiot. Do the first part of the crime right,” Kelly said.

The vandalism took place outside of the CHI Health Center Omaha, where Kelly is scheduled to perform in a few hours.