Skip to content
HomeEntertainmentMadonna responds to backlash over her 3D nude NFT: I’m giving birth to art and creativity 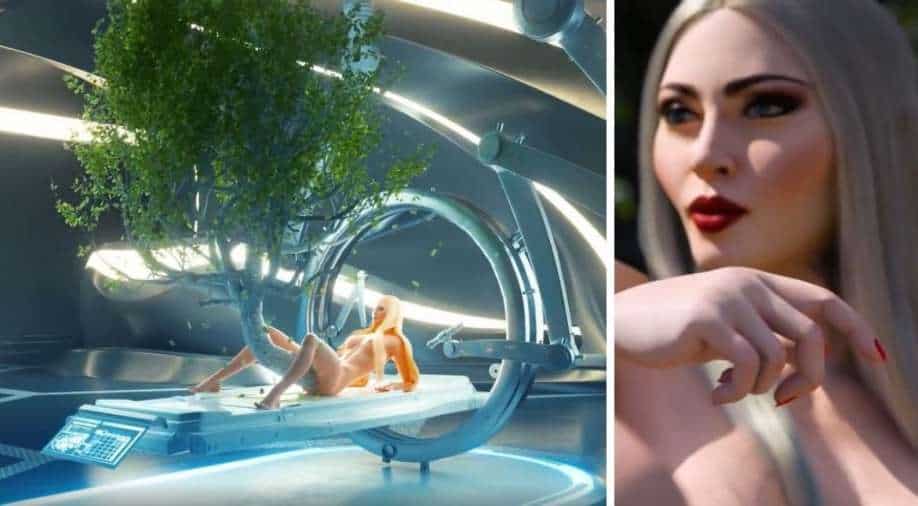 Madonna always manages to create a stir in whatever she does. The pop diva has jumped on the NFT bandwagon and has already grabbed attention with her new collection.

The singer has teamed up with digital artist Mike Winkelmann who goes by the name of Beeple to create a very NSFW collection called ‘Mother Of Creation’ which features a completely nude Madonna giving birth to trees, butterflies and other insects.

According to the pop legend, the ‘Mother of Creation’ trifecta is meant to draw a connection between the ways people create life and also the way people create art.

“I wanted to investigate the concept of creation, not only the way a child enters the world through a woman’s vagina but also the way an artist gives birth to creativity,” Beeple explained in a statement.

The collection offers three rather graphic, minute-long videos of a digitized Madonna, with trees, insects and butterflies coming out of her body.

The first ‘Mother Of Nature’ NFT depicts the birth of a tree in a cold laboratory setting with Madonna spawling over a platform and a tree birthing out of her vagina.

The first NFT, “Mother of Nature,” depicts the birth of a tree in a cold laboratory setting. “It pushes against gravity and flowers bloom,” the token’s website explains. “The tree may  bend or even break, but it continues to recreate and flourish.”

“It pushes against gravity and flowers bloom,” the token’s website explains. “The tree may bend or even break, but it continues to recreate and flourish.”

The second NFT-  ‘Mother of Evolution’- portrays a swarm of butterflies, which according to o the website is “a metaphor for the paradox that the world is burning down in a post-apocalyptic scene, but there is still evidence of life. We continue to give birth, no matter what destruction is going on, no matter what oppression we face.”

The last video – ‘Mother of Technology,’ – has synthetic centipedes crawl out of Madonna as she lays in a forest.

While digital art is very graphic and can be slightly unsettling for some, it is for a good cause. The proceeds from the tokens, which are up for auction now, will go to charities that are working for women and children.

The NFT has though drawn in a lot of criticism for the star who has been termed ‘desperate’ to grab attention with graphic 3D like digital art. The art gives 3D details of her genitals in all three videos.

The singer and the artist sat down for a chat on Instagram where the singer addressed the backlash and said, “I’m doing what women have been doing since the beginning of time, which is giving birth.”

“But on a more existential level, I’m giving birth to art and creativity and we would be lost without both,” she added.
“I think it’s really important that a lot of thought and conversation went into creating these videos,” she added.

“I say we need a forest with creepy crawly bugs coming out of me,” she continued and joked, “Not often does a robot centipede crawl out of my vagina.”