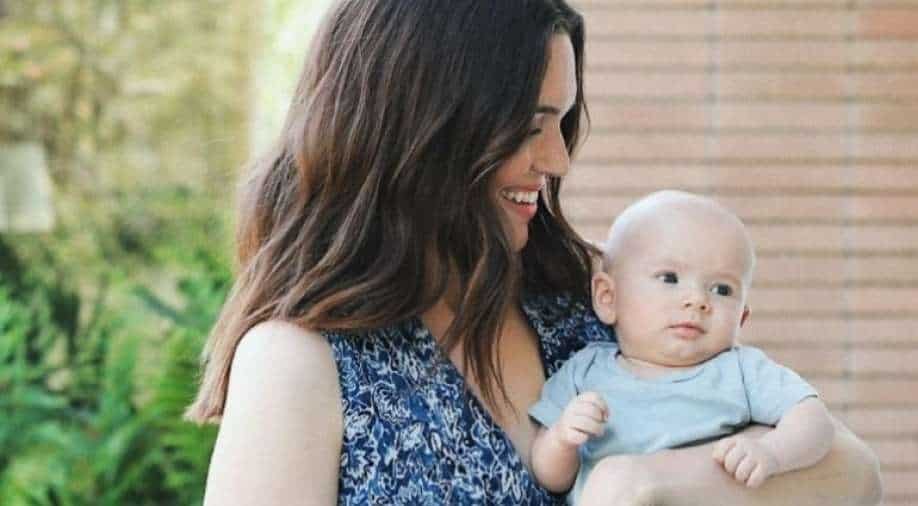 ‘This is Us’ star Mandy Moore is going to be a mum for the second time this August. Moore, who is expecting her second child with husband Taylor Goldsmith, recently revealed that she is suffering from a rare blood disease due to which she will have to give an unmedicated birth without epidural.

The blood disorder is called immune thrombocytopenic purpura (ITP) and prevents her from taking an epidural or pain relief during the delivery of the baby.

During her exclusive interview with Today, the actress opened up about her blood disorder and said, “My platelets are too low for an epidural.”

Mandy, who also had an unmedicated birth with her first child Gus, recalled that “It was awful”. Before adding, ”But I can do it one more time. I can climb that mountain again.”

Moore further said, “I wish medication was an option — just the idea of it being on the table is so nice. But we’ll just push forth like we did last time.”

‘Shazam! Fury of the Gods’ director reveals ‘Peacemaker’ actor’s role in the movie

She also shared an update for all her fans on her Instagram, “I am fine. I just have to continue to get my blood checked — my platelet levels checked — throughout pregnancy. They’re low, but they’ve always been low,” Moore said, before adding, “But I’m all good. Everything’s good.”

What is immune thrombocytopenic purpura?

According to Mayo Clinic, this rare blood disease can lead to heavy bleeding, which results in a low level of platelets – the cells found in the blood, whose function is to prevent bleeding at the injury site.

Why epidural can’t be given to pregnant women?

The anaesthesia is given to a mother during childbirth to low down the labour pain. The medicine is injected into the epidural area at the back around the spinal cord. So, if the platelets are low then giving an epidural can cause a major injury to the spinal cord, as per Today.