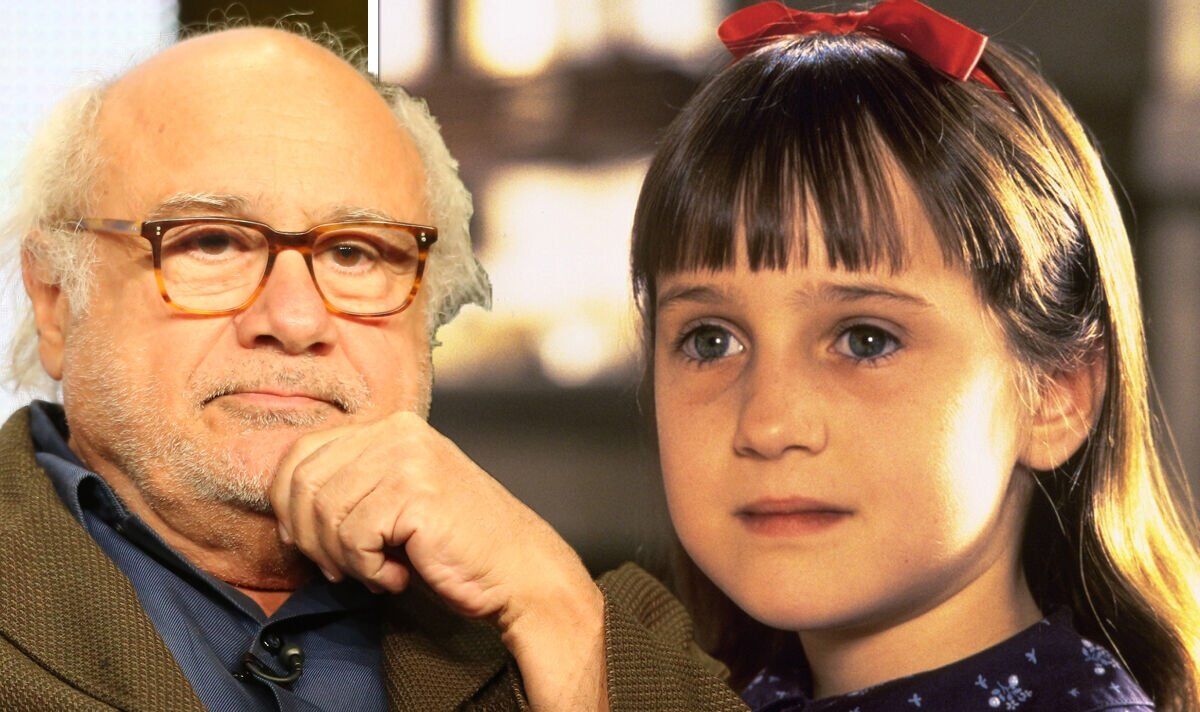 Danny DeVito not only starred in Matilda, but he was also the director and creative force behind it. The American actor played Harry Wormwood, Matilda’s abusive good-for-nothing father. But behind the camera, he was in total control of the production, but he went above and beyond to look after the eight-year-old Matilda actress Mara Wilson after she learned her mother had breast cancer.

Wilson learned of her mother’s illness in March 1995. DeVito and his wife, Rhea Perlman – who was also in the film – spent the entire shoot of Matilda looking after Wilson, and ensuring she had the best experience possible.

Years later Wilson explained: “I remember feeling, when I was part of Matilda, that it was nice because I could focus on that and I could focus on everything good that was going on in my life.”

DeVito and Perlman even offered to take Wilson home with them when her parents needed to go to the hospital. Wilson recalled: “It felt very familial on that set.”

When things eventually came to an end for Wilson’s mother, Suzie, she was understandably emotional – but DeVito had one last gift for her.

The young actress’ mother died just a few months before Matilda would hit cinemas in August 1996.

But DeVito managed to pay Suzie a visit in the hospital just before she died and gave her a beautiful gift that meant a lot to Mara.

Wilson revealed in her memoir – Where Am I now? – that DeVito visited Suzie in secret and played her a rough cut of Matilda.

This allowed her to see her daughter in the movie before she died.

Despite the tragic circumstances of filming Matilda, Wilson had nothing but great memories of filming.

She said: “I was going through a hard time, and I know I had hard days, but everyone on the film was so nice. Danny and Rhea were like my favourite aunt and uncle. It was wonderful. I remember feeling anxious when the movie wrapped, and it was really hard to go back to being normal and dealing with my mom’s sickness.”

The actress, who is now 34-years-old, added: “I definitely feel like having that family there, and having people willing to take care of us and help us out, made it easier.”

The film would go on to receive very favourable reviews, including one from Roger Ebert.

Ebert said: “Trunchbull is the kind of villainess children can enjoy, because she is too ridiculous to be taken seriously and yet really is mean and evil, like the witch in Snow White. And since most children have at one time or another felt that their parents are not nice enough to them, they may also enjoy the portrait of Matilda’s parents.”

Although the Matilda story has come to an end, DeVito has hinted he would like to direct a sequel in the future.

He claimed he would like Wilson to reprise her role and bring Matilda’s daughter into the fold.

Matilda is available to watch on Netflix.