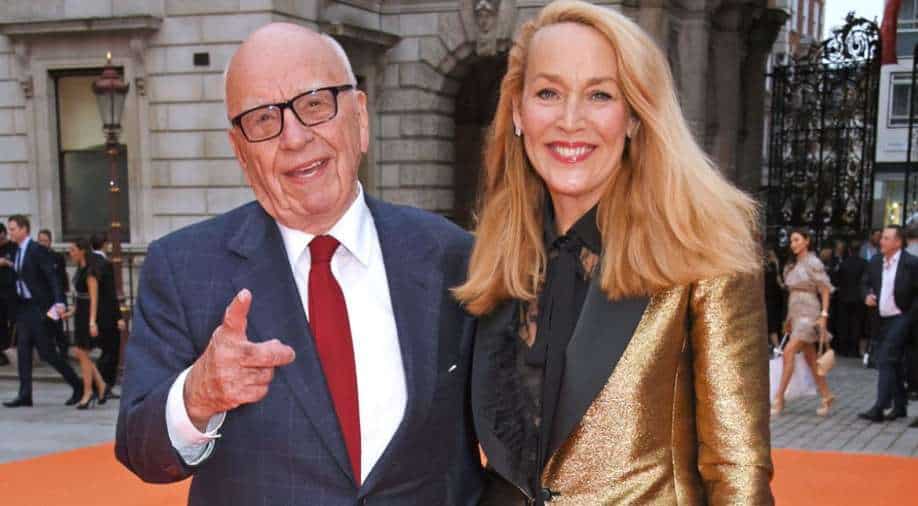 Seems like all is not well between media mogul Rupert Murdoch and model-actor Jerry Hall. The couple is divorcing after six years of marriage, according to Variety. In 2016, the 91-year-old media mogul and the 65-year-old model married. It was Murdoch’s fourth marriage. From 1999 to 2013, he was married to Wendi Deng, from 1967 to 1999, to Anna Maria Torv, and from 1956 to 1967, to Patricia Booker. Hall, who also acted in such films as Tim Burton’s ‘Batman’ and starred as Mrs. Robinson in a Broadway production of ‘The Graduate,’ had been married to Mick Jagger, the rock star and lead singer of the Rolling Stones.

Across their marriages, Murdoch and Hall have 10 children. Murdoch, the CEO and chairman of Fox`s parent company, Newscorp, was so happy about his fourth marriage, that he took to Twitter at the time and said, “No more tweets for ten days or ever! Feel like the luckiest AND happiest man in world.” During the marriage, Murdoch orchestrated the sale of most of 21st Century Fox to The Walt Disney Company in 2019 in a deal valued at $71.3 billion.

However, he continues to serve as chairman of Fox Corporation, a publicly-traded entity that owns Fox Broadcasting Company, Fox Television Stations, Fox News, Fox Business and Fox Sports. Murdoch and Hall have not officially announced their separation yet.