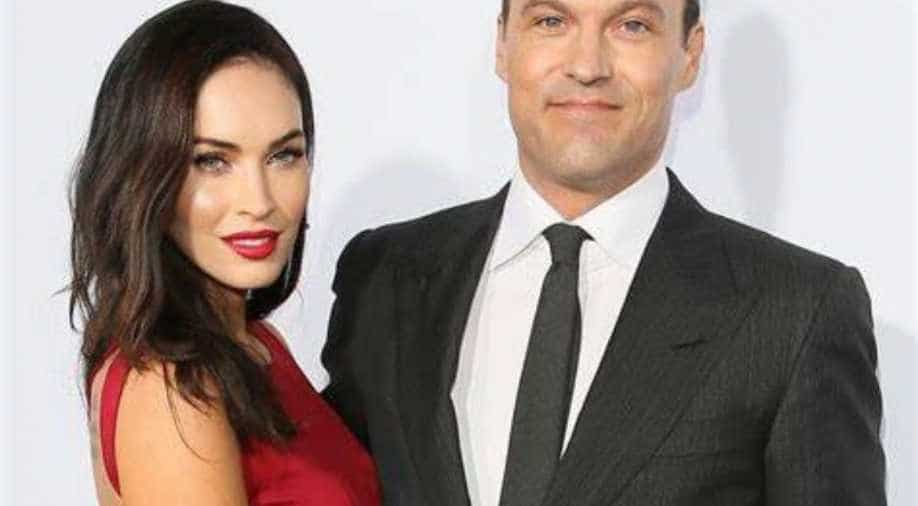 Megan Fox and her former husband Brian Austin Green`s bond shows that it`s possible to remain friends with an ex-partner. After Brian recently welcomed a son Zane with Sharna Burgess of “Dancing with the Stars” on June 28, Megan sent the proud parents a white floral arrangement with a note reading “Congratulations Brian and Sharna,” Page Six reported, citing TMZ.

The gift would also seem to support rumours that Burgess, 37, and Fox, 36, are on good terms when it comes to co-parenting the three sons Fox shares with the 48-year-old actor. Megan and Brian had tied the knot in 2010. The `Transformers` actor filed to separate from Brian in November 2020. At the time, she cited irreconcilable differences and requested joint legal and physical custody of their children, as per E! News.

In May 2020, Brian said on the With Brian Austin Green podcast that he and Megan had begun going their own ways at the end of 2019.

“Neither one of us did anything to each other. She`s always been honest with me and I`ve always been honest with her, and I know she will always love me and I know as far as a family, what we have built is really cool and really special. So we decided let`s make sure we don`t lose that. That no matter what we`re always friends with each other and we`re a united front with the kids,” he said.

Despite their unfinalised divorce, the two moved on in their new relationships. Megan has been dating American rapper Machine Gun Kelly for several months following their meeting on the set of `Midnight in the Switchgrass`. Whereas, Brian went public with `Dancing With the Stars` pro-Sharna Burgess.

In February 2022, the two finalised their divorce nearly two years after their breakup.