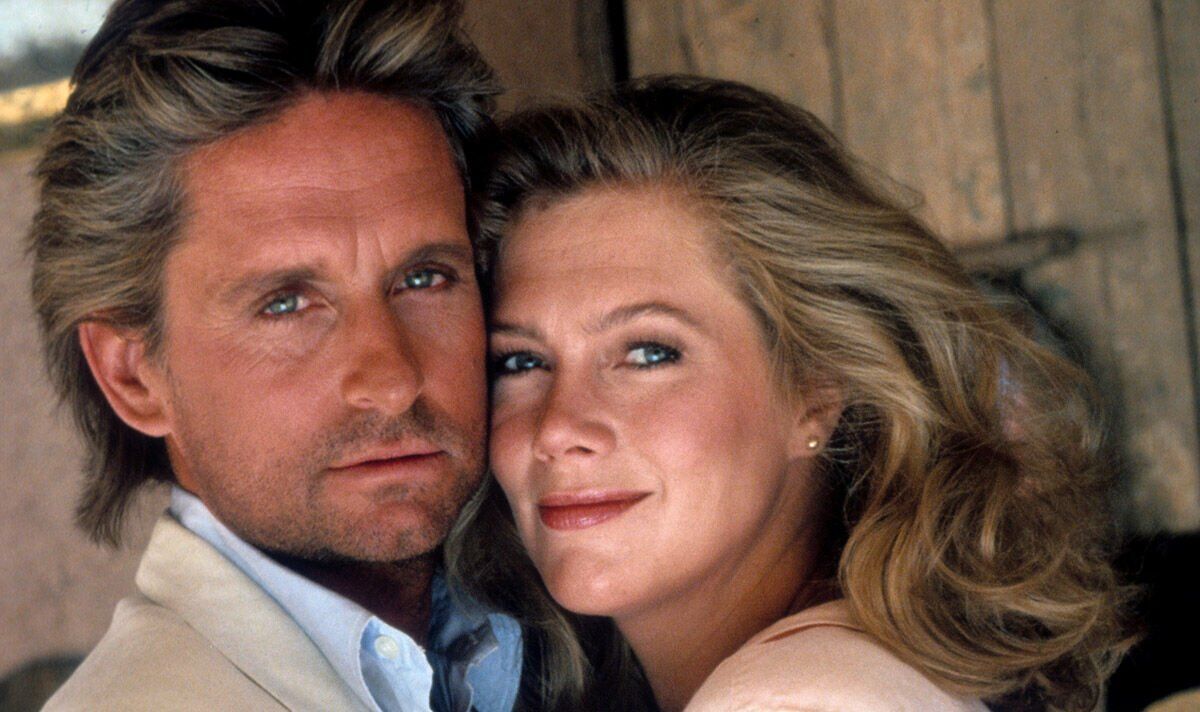 The sparky, snarky banter and physical connection between the two stars helped make Romancing The Stone a box office smash, despite the studio’s certainty that it would flop. Director Robert Zemeckis was even fired from his next project Cocoon based on early cuts of the film. When Romancing the Stone took over eleven times its $10million budget, the director was able to get his cherished Back To the Future project green lit. The story of a mismatched romance novelist and hunky adventurer searching for a fabled hidden treasure flies on the back of a sharp script, snappy directing and supporting turns from the likes of Danny DeVito – but it is the chemistry between the central pair which turn it into something special. On a sidenote, Channing Tatum and Sandra Bullock’s recent copycat movie, The Lost City, owes a shocking amount to the plot and the lead couple. Just saying…

Last year, Turner addressed all the rumours: “Oh, I was yearning, babe, but he was still married, although they were separated, and so I thought there was hope for me.”

In 2018 she teased: “We were very naughty together,” and the year before elaborated: “We had a wild crush on each other. At that time I was unattached and Michael was separated from his wife Diandra, so I thought this was a go.

“We were in the process of falling in love – fervent, longing looks and heavy flirtation.”

And it wasn’t just Douglas who was wowed by his gorgeous co-star. He revealed how his father was smitten too.

Douglas told People: “We were going out to dinner and as a surprise, I said, ‘Kathleen, why don’t you pick up dad?’ and he opened the door and there was Kathleen in her finest.

“She had ‘ol Kirk Douglas’ jaw dropping. He was her biggest fan.”

Meanwhile, the attraction between the two co-stars also hadn’t gone unnoticed. In fact, things became so obvious that Diandra would later make a point of visiting the set and confronting the pair.

Turner said in 2017: “Then Diandra came down and reminded me he was still married.

“We were in a hotel in Valencia having dinner when she arrived. That gave her a chance to say in front of me “You know we’re still married and I have no intention of ending it”.

“I thought, ‘That’s that.’ The last thing I’d do to another woman is interfere in that. I felt sick.

“It was thrilling to be falling in love, then I felt I’d been kicked in the stomach.”

With hindsight, the actress also confessed that she thinks she had a lucky escape.

Turner added: “In truth, he was a misogynist. We had lunch not long ago and he may be different now, but I don’t think he would’ve liked me finding my power as his wife so, you know, it’s probably a good thing.”

Diandra wouldn’t actually file for divorce until 1995. After a $45million settlement, Douglas, of course, went on to marry Catherine Zeta Jones in 2000.

He simply said of the Romancing The Stone flirtation to People magazine: “Life goes different ways and you can’t really second-guess.”

Turner added: “It was that wonderful sexual tension, you know?” she says. “When you really, really know you want somebody — and I’m saying it went both ways — and you can’t have them. It’s just lovely.”

That tension was so potent, a sequel, The Jewel of the Nile, was quickly put in motion. The pair also reunited for another iconic hit, the black comedy The War of the Roses, about a feuding married couple.

These days, the two stars simply remain friends, with no feuds, flirtations or otherwise.

ROMANCING THE STONE IS ON CHANNEL 5 AT 3.45 TODAY