As every Love Island fan will know, the contestants who make it through to the final episodes usually get the chance to welcome family members or friends to the villa – and meet the parents of the partners they have coupled up with.

With England star Michael Owen’s daughter Gemma Owen taking part in this series, there has been lots of speculation about whether the footballer could be donning his shorts and turning up poolside in Majorca to vet her new beau. 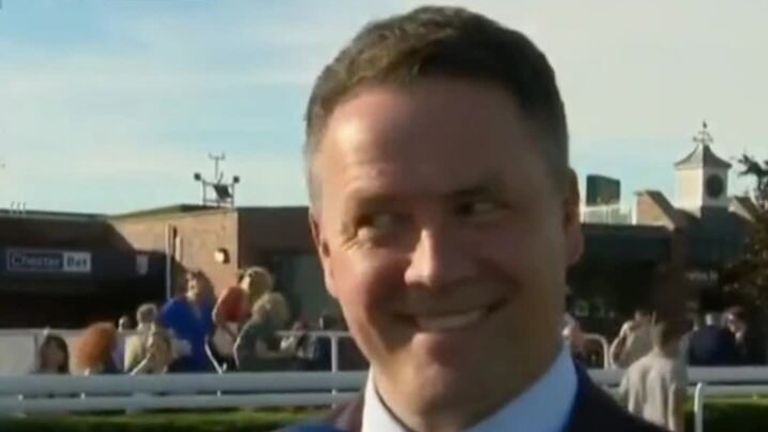 Earlier this week, Love Island viewers saw Gemma go on her first date with Luca Bish outside the villa – and with the final likely to take place in just a few weeks at the beginning of August, they could well still be there to record the family reunion scenes.

So will 19-year-old Gemma’s famous dad be making an appearance if she does make it?

Michael Owen, who played for Liverpool and Newcastle as well as England, and now owns racehorses, was asked about his Love Island plans in a recent interview with Sky Sports’ At The Races as he attended an event at Chester on Friday.

Asked which is more nerve-wracking, watching his horses or watching Gemma on Love Island, he said it was “definitely” the horse racing.

The football star was then asked about a potential appearance in the villa himself.