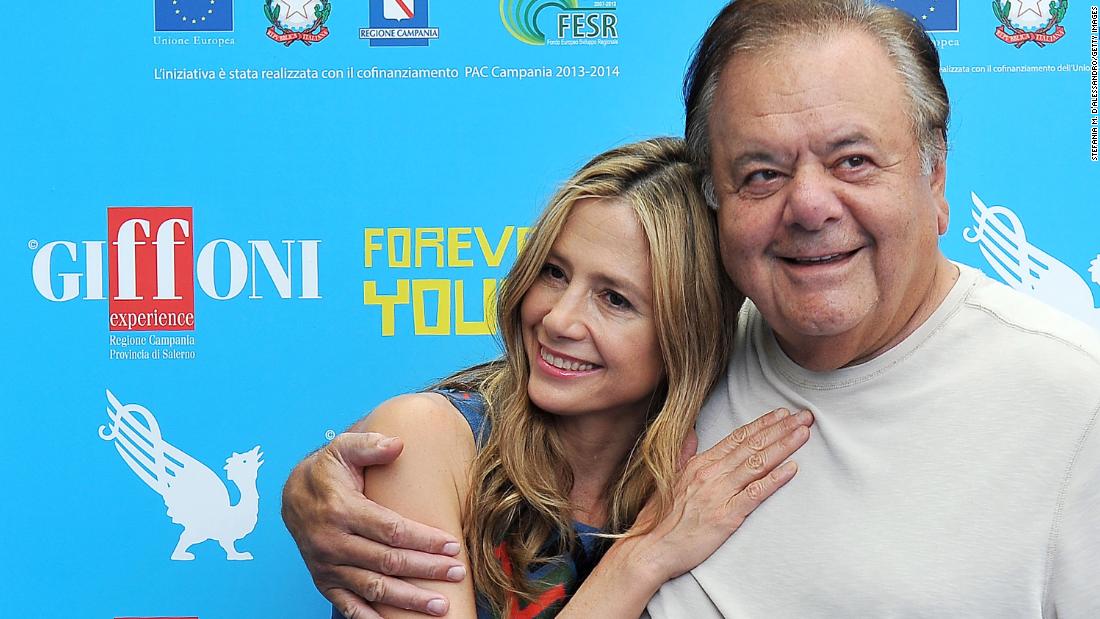 The “Goodfellas” and “Law & Order” star died Monday of natural causes at the age of 83.
“My father the great Paul Sorvino has passed,” his daughter, actress Mira Sorvino, said on Twitter.
“My heart is rent asunder — a life of love and joy and wisdom with him is over,” her tweet continued. “He was the most wonderful father. I love him so much. I’m sending you love in the stars Dad as you ascend.”
Her “Scarlet Diva” costar Rosanna Arquette responded to her tweet.
“I’m so very sorry for your loss Mira he was a wonderful artist and a good man. God bless you,” tweeted Arquette, who also co-starred opposite Paul Sorvino in 1983’s “Off the Wall.”
Other actors, including Holly Robinson Peete, Vincent D’Onofrio, Jane Lynch and Maureen McCormick, were among the many in Hollywood to add tributes and offer their condolences.
“The great Paul Sorvino. So many memorable roles in in so many genres,” Ralph Macchio tweeted about his “Lost Cat Corona” co-star. “#RIP to a one of the truest and honest actors I had had the pleasure of working with and getting to know.”
Famed songwriter Diane Warren also weighed in, noting the recent loss of other acclaimed actors who also starred in mob-movie classics.
“Ray Liotta,James Caan and now Paul Sorvino, we can be pretty sure there’s a badass Goodfellas/Godfather mashup movie being made in Heaven right now!,” she tweeted.