Skip to content
HomeEntertainment‘Modern Love Mumbai’ review: Shonali Bose and Vishal Bhardwaj’s shorts are the best of the lot

One of the most successful franchises on OTT, ‘Modern Love’ has finally come to India. Its first stop is Mumbai, often known as a melting pot of various people and cultures and so it seems only natural that a show about love – all kinds- should be first based in this city. ‘Modern Love Mumbai’ beautifully takes Mumbai in as an essential character in all its six stories on love.

Be it the forbidden love, self-love, territorial love, old jaded love and first love- ‘Modern Love Mumbai’ explores the most important form of emotion in all its forms. The result is most endearing, with some incredible performances and heartwarming stories.

In Alankrita Srivastava’s ‘My Beautiful Wrinkles’, a 60 something Dilbar Sodhi (Sarika) finds herself being negative about everything and everyone. She is not happy about her friend falling in love again at this age, she is wary of her granddaughter’s boyfriend, she is not happy with the book her ex-best friend has written. The only person she looks forward to meeting and talking with a 20 something finance analyst Kunal (Danesh Razvi) who visits her every other day in the garb of preparing for job interviews. The truth is Kunal is attracted to Dilbar and when he confesses his feelings, she is left unsettled. The episode, like most of Srivastava’s previous work, explores an older woman’s desires and her wants at an age when most shy away from talking about sex.

Then there is Dhruv Sehgal’s very conversational  ‘I Love Thane’, where two strikingly different individuals form an uncanny bond. Saiba, a landscape designer from Bandra meets govt official, B. Sc graduate Parth for work. The two have been tasked to beautify a park in the midst of Thane- a suburb of Mumbai. Both are slightly different from the peer group, they find comfort in conversations which are outside of social media and very real.

The genius Vishal Bhardwaj explores the territorial love of a mother (Yeo Yann Yann) who is not so happy with her son’s career choice and his new girlfriend. A Chinese descendant in Mumbai who has been living in the city since her birth, she holds her heritage close to her heart and is not quite comfortable when her son Ming ( Meiyang Chang) finds himself a vegetarian Gujarati girlfriend (Wamiqa Gabbi). While she is struggling to come to terms with her empty nest, her son is trying to find a footing in the film industry as a singer and convince his mother about his girlfriend. She smothers him with food packets on weekly basis to make her position in his life clear to the girlfriend who is trying hard to impress the future mother-in-law anyway. 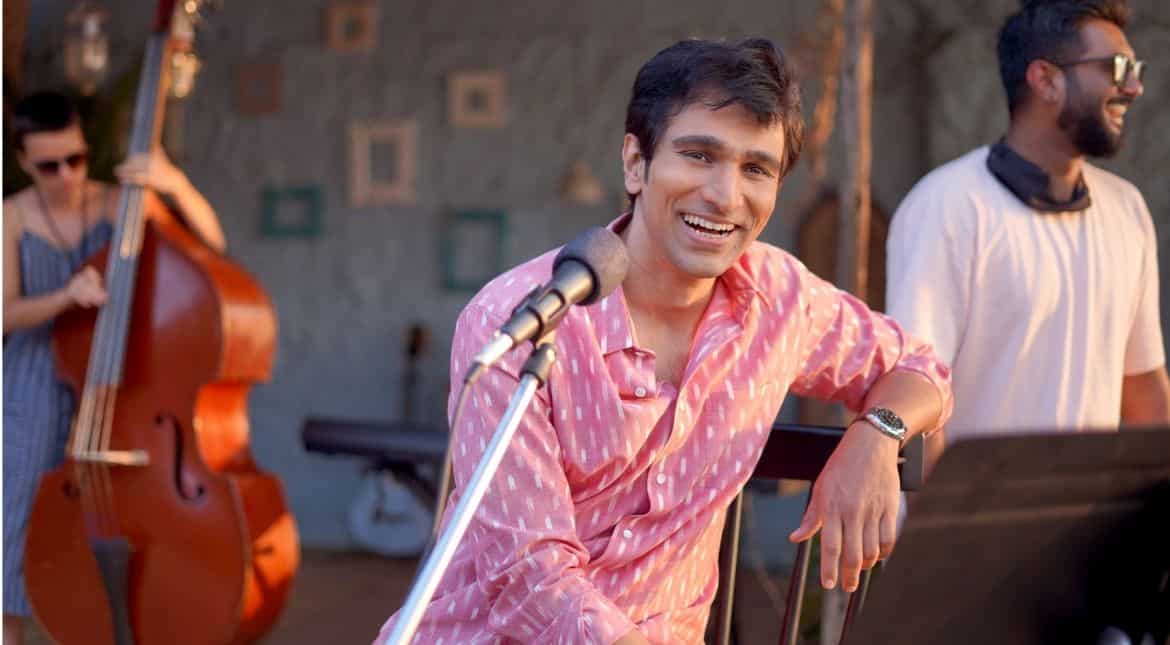 In Hansal Mehta’s ‘Baai’, Manzu (Pratik Gandhi) a singer in Goa, visits Mumbai along with his family to meet his ailing grandmother Baai (Tanuja) one last time. There is a lot that Manzu has had to go through in life due to his sexual preference much like his Baai who has seen the partition, the Mumbai riots and more. And so on her death bed, he isn’t quite sure if he should tell her about his husband, a chef called Rajveer (Ranveer Brar) even though his sister (Karishma Irani) eggs him to do so.

In Shonali Bose’s ‘Raat Ki Rani’, Lali, a Kashmiri migrant cook finds herself at a loss when her husband Lutfi, a gaurd, decides to walk out on her one fine day without giving any explanation. As Lali’s world and roof(literally) come crashing down, she has to not just find answers from her husband but also learn to live by herself in a city that doesn’t pause even for a minute to mourn or pay its sympathies to those suffering. 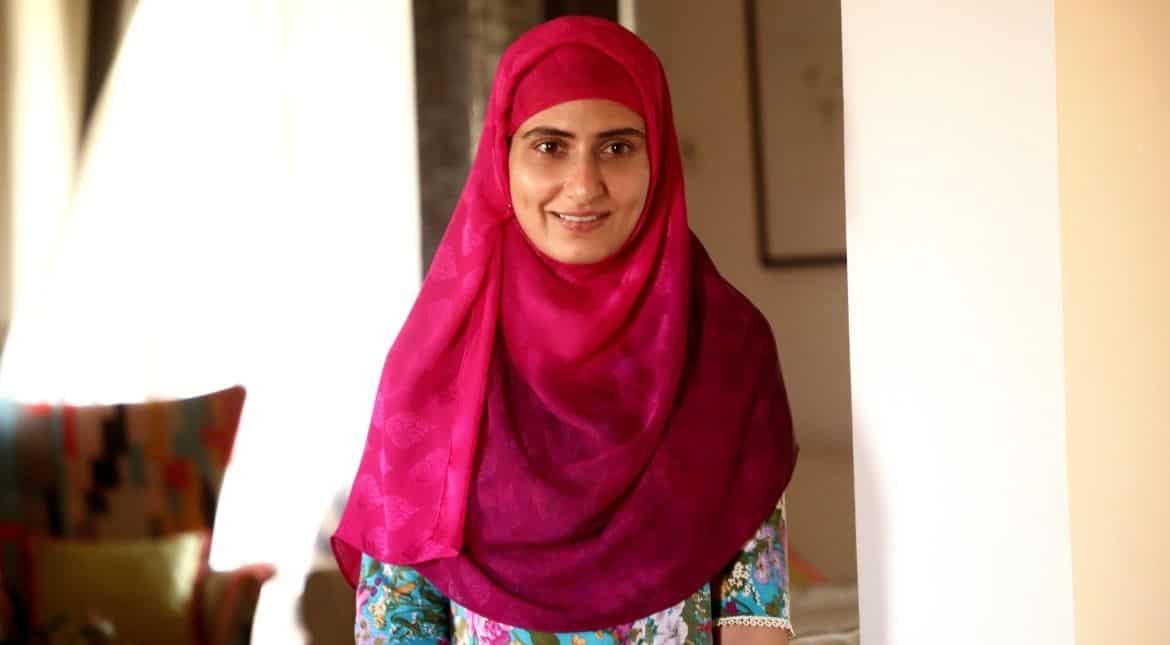 The final one, Nupur Asthana’s ‘Cutting Chai’ has Chitrangada Singh and Arshad Warsi playing a middle-aged couple in Mumbai who has lost the spark in their marriage or so the wife Latika (Singh) feels. She is angsty as she has had to manage home and kids while her husband Danny (Warsi) a hotelier has continued living his life. She hasn’t been able to finish her book and blames him for not being a hands-on husband and he feels if she had it in her, she would have finished the book by now. 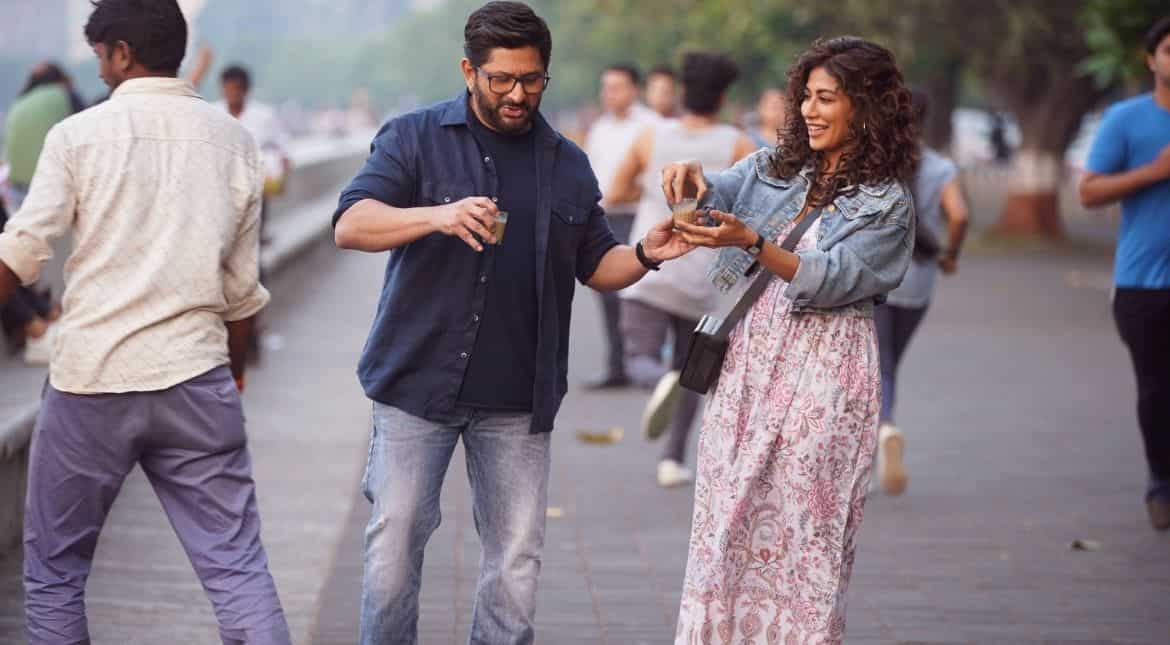 Each exploring a different kind of love, the stories are heartwarming and make Modern Love Mumbai thoroughly engaging and watchable. It helps that some country’s best talents are part of each of these stories, in a big or small way. ‘Modern Love’ is based on a hugely popular column by the same name in New York Times and in India, those stories have been adapted to suit the Indian palate. The result is quite good.

Of course, in an anthology, some stories and performances shine brighter than the rest. In ‘Modern Love Mumbai’, veterans Vishal Bhardwaj and Shonali Bose weave the most interesting tales and churn out the best performances from their actors.  Fatima Sana Shaikh plays a ‘Queen’esque character who finds her way through heartbreak in a bustling city. She longs for her home but at the same time finds freedom like never before. It’s a liberating story of braving the odds, overcoming personal obstacles and loving oneself – the best kind of love, I feel-  the most to find that happiness.

In Vishal Bhardwaj’s ‘Mumbai Dragon’ actor, Meiyang Chang plays almost an extension of himself. Chang is a dentist by degree but has branched into acting and singing and has faced amazement and sometimes racist remarks for his looks. And while Chang plays his role to perfection, its actress Yeo Yann Yann steals the show with her comical act of a mother who refuses to give in to her son’s requests.  Such a delight to watch her on-screen!

In Hansal Mehta’s ‘Baai’, it is a treat to watch Pratik Gandhi play a soft, sensitive man who has a lot of internal struggles to deal with. Chef Ranveer Brar too is good in his scenes but together the two actors somehow do not make for a very convincing couple. The two individually are great but not so much together. Sarika meanwhile, brings her charm into the cynical character of Dilbar and Danish Razvi’s emotes through his big brown eyes. Arshad Warsi always manages to steal the show with his charm and ‘Cutting Chai’ is no different although Nupur Asthana’s story is slightly absurd in its treatment.

I found the ‘I Love Thane’ story the most ordinary of the lot. Both Ritwick Bhattacharya and Masaba Gupta are great in their roles but overall the story is a tad underwhelming.

‘Modern Love Mumbai’, though, still delivers a heartwarming bunch of stories- each distinct and fuelled with love.