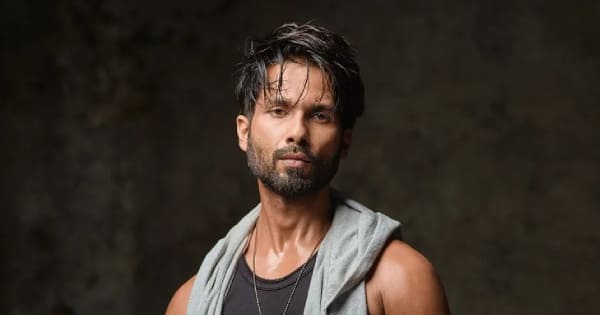 Shahid Kapoor seems to be hooked on remakes. He achieved a great amount of success with Kabir Singh which was the remake of Vijay Deverakonda’s film Arjun Reddy. Later, he appeared in a film called Jersey. It was the remake of the South Indian film with the same title starring Nani. Now, it seems another South Indian remake is on its way. If the latest reports are anything to go by, Shahid Kapoor is being considered to feature in the Hindi version of Prithviraj Sukumaran‘s Malayalam film called Mumbai Police. Also Read – Friendship Day 2022: Salman Khan, Hrithik Roshan, Shahid Kapoor and more actors’ unseen pics chilling with their friends

Entertainment News is all about Shahid Kapoor supposedly collaborating with Siddharth Roy Kapur for the film. The ideas are being discussed and director Rosshan Andrrews is expected to direct Mumbai Police. He was the one who also directed the Malayalam version of the film starring Prithviraj Sukumaran. A source closed to Pinkvilla said, “Shahid and Sid have been discussing several ideas over the last few months and have finally locked a subject for their collaboration. It’s a tout thriller, which will be directed by Malayalam film director, Rosshan Andrrews. It’s in the pre-production stage and will go on floors soon. Shahid is in the process of sorting out his shooting calendar for Sid Roy Kapur and Dinesh Vijan.” Also Read – Priyanka Chopra shares a passionate lip lock with husband Nick Jonas; Bollywood couples who shared a lip kiss in public

Neither Shahid Kapoor nor producer Siddharth Roy Kapur has commented on this as yet. Until confirmation, fans can only keep speculating and wondering. With Jersey receiving a lukewarm response at the box office, one wonders if Shahid Kapoor would take up another South Indian remake. Also Read – Koffee With Karan 7: Kareena Kapoor Khan joins Sara Ali Khan, Samantha Ruth Prabhu and others to talk about exes; here’s what she has to say about Shahid Kapoor

Apart from this, Shahid Kapoor is currently working on director Ali Abbas Zafar‘s next. The film that is yet to receive its title is said to be the Hindi adaptation of French film Nuit Blanche.

Watch this space for more updates from the world of Bollywood.