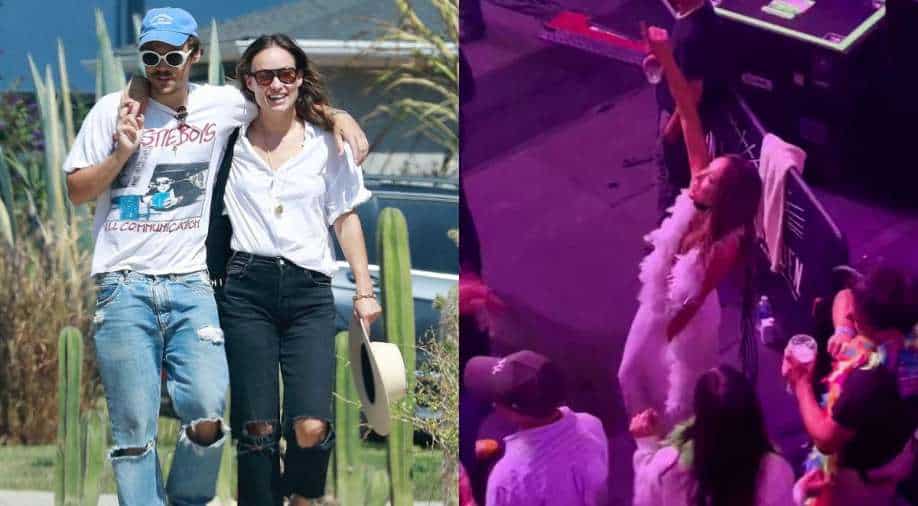 Olivia Wilde reached Harry Styles’ Madison Square Garden on Wednesday night to show support for her beau. Several fans spotted the actress-filmmaker fangirling over Styles as he sang his song ‘Music for a Sushi Restaurant’ onstage.

The diva was seen donning a beautiful white dress and a feather boa, which is her beau’s signature accessory. Looking every bit gorgeous, she grooved on Styles’ hit tracks and cheered him from a distance.

As the pop star got honoured with a rare banner that celebrated his 15 consecutive sold-out shows, his ladylove got emotional and looked super proud of him. Styles also looked overwhelmed by the love he was getting at the famed New York City venue.

Wilde’s recent visit to her beau’s MSG concert debunks separation rumours that had been doing rounds on social media since last week.

Also read: Is Johnny Depp in love with his UK libel case lawyer Joelle Rich? Here’s what we know

Wilde and Styles met on the set of ‘Don’t Worry Darling’ and they started dating in January last year.