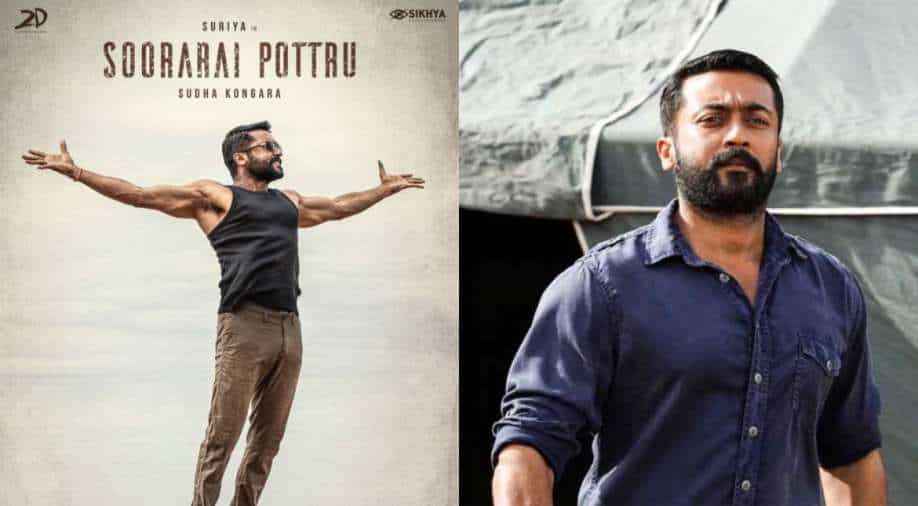 On Friday, the National Film Awards were announced and South Superstar Suriya’s ‘Soorarai Pottru’ bagged all the major accolades at the 68th edition of National Film Awards. Helmed by Sudha Kongara, the critically praised film, which was also India’s official entry to Oscars 2021 in the Best International Film category. The film also starring Aparna Balamurali, Mohan Babu and Paresh Rawal in pivotal roles, revolves around the story of Captain G.R. Gopinath, founder of the famous low-cost airline Air Deccan.

The film took the awards in five major categories including the Best Feature Film. Suriya bagged his first National award for his outstanding performance. He shared the award with Ajay Devgn, who also won the Best Actor award for his 2020 biographical period film ‘Tanhaji’.

Reacting to his new feat, Suriya said in a statement shared on his social media handles, ”My heartfelt thanks for all the love & Good wishes that have reached us & enriched our lives so far… We are ecstatic with the Five National awards for ‘Soorarai Pottru’. The overwhelming reception for our film which was released directly on OTT during a pandemic, has made our eyes well up in joy. Our happiness is doubled at this National recognition for ‘Soorarai Pottru’. as it is a testimony of Sudha Kongara’s many years of hard work & creative vision of Captain Gopinath’s story.

”My sincere appreciation and gratitude to all the talents who stood by us during the making of this good film.”

He concluded the message by saying, ‘”I share this joyous moment with all my brothers and sisters who are out there, who have shown me immense love and acceptance right though my career. My heartfelt thanks to you all my #anbaanafans. The National Award gives me the motivation to work harder and walk my talk… and give you all good films, now & always. My sincere thanks the Government of India and the National Awards Jury for this high recognition of our work. I once again thank each and everyone of you for your love & good wishes.”

Director Sudha Kongara also shared her thoughts on the film’s achievement, “Soorarai Pottru has always held a special place in our hearts. It is the inspired story of a man that sincerely believed in spreading his wings and reaching new heights for the people, and with the jury recognizing our little film for this prestigious award, it is a truly momentous day for the entire team.”

Balamurali, who won the Best Actress, said it was a ”life changing journey for me to work on the film alongside such exemplary talents like Sudha Ma’am and Suriya”.

She added, ”Receiving a National Film Award for Soorarai Pottru is truly an honour as well as a responsibility to work even harder on my upcoming films.”

The film is curruntly streaming on Amazon Prime videos.