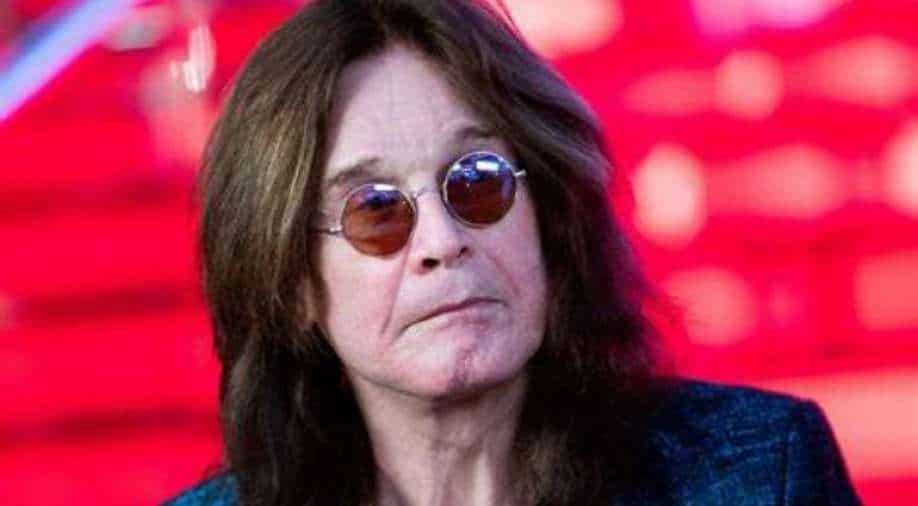 British singer and songwriter Ozzy Osbourne says he has experienced a significant improvement in his health since undergoing major surgery. According to Fox News, the 73-year-old heavy metal singer-songwriter, who announced in January 2020 that he has Parkinson’s disease, spoke openly about his recovery during a Wednesday appearance on ‘Good Morning America’ with his wife Sharon, 69.

“Before I would be talking to you like this,” he told correspondent Chris Connelly, as he hunched over in his chair. ‘The Osbournes’ alum went on to say, “Since I had this surgery I have improved significantly.”

Sharon explained that Ozzy was in agonizing pain ahead of the surgery. “These metal plates were working their way out,” the former “The Talk” host said. “The debris was rubbing on his spinal cord. He would literally be crying in pain some days.”

Over the years, the former Black Sabbath frontman has battled a variety of medical conditions. He nearly lost his life in an ATV accident in 2003 when his quad overturned as he was riding it around his London estate.

Ozzy also required surgery following a serious fall in 2019. He told Connelly, “I had to have surgery in my neck, which screwed all my nerves.”

The musician said that his mobility these days is “not great”. “I have to negotiate everywhere I want to go and I tire easily. But I am well. My family has been absolutely wonderful while I`ve been laid up,” Ozzy added.

“He`s been a pain in the butt,” Sharon joked. “Everything from heartbreaking to soul-destroying to the joys of his getting better.”

Ozzy will perform in the United States for the first time in two years on September 8 during the opening day of the NFL season. The half-time show performer for the Los Angeles Rams vs Buffalo Bills game was announced on social media on Monday by the football organisation.

At the 2019 American Music Awards, he last performed on American soil as he joined Travis Scott and Post Malone for a performance of their song ‘Take What You Want’. The day following his NFL halftime show, Patient Number 9, Ozzy`s thirteenth solo studio album will be made available.

In his interview with GMA, Ozzy talked about performing at the Commonwealth Games in his hometown of Birmingham, England, last month, which was his first public performance since the beginning of 2019. “When I get on a stage, something takes over,” he said. “My spirit becomes alive.”

Sharon added, “There were 30,000 people there and as soon as Ozzy came up, they were all crying because they just couldn`t believe he was there.”

“It wasn`t that bad,” Ozzy told her. The ‘Sharon Osbourne Show’ alumna waved her hand jokingly and muttered, “Shut up.”

Also read: ‘Glass Onion’ trailer: Daniel Craig’s Benoit Blanc is back to solve another mystery in ‘Knives Out’ sequel

The couple will soon return to reality television. They will appear in the upcoming BBC documentary ‘Home to Roost’. Ozzy and Sharon`s return to the UK and adaptation to life in the English countryside will be followed in the show.

According to a logline for the show, “The series will follow the Osbournes as they experience one of their most significant years ever — with everything from Sharon`s 70th birthday to Kelly`s impending pregnancy, Ozzy`s tour, and of course the big move itself.”

According to the outlet, “Home to Roost,” which was announced some 20 years after the debut of the couple`s MTV reality show “The Osbournes,” will also follow Ozzy and Sharon as they deal with health problems and ageing.