Skip to content
HomeEntertainment‘Persuasion’ review: Even a scintillating Dakota Johnson can’t save this Jane Austen adaptation

Based on the eponymous novel by Jane Austen, Netflix’s ‘Persuasion’ is a diverting enough film if you, like me, are fond of that particular setting, Britain on the cusp of the Industrial Revolution, her heroines usually belonging to the gentry, their families pretty prosperous but still aspiring for that elusive higher status and in want of a fortune or two. But it is also a pretty bad Austen adaptation that seems to completely misunderstands the original story and tries to turn into something it isn’t.

Austen lived in the late 18th and early 19th century in Georgian Era rural Britain. Fiercely talented and possessing a voice and style like none of her peers, her tragedy was her works did not find appreciation until the 20th and 21st centuries.

Now they are widely praised among readers and critics for a more authentic portrayal of contemporary British society and the place of women in it, as well as her inherent sharp assessment of the way women were written in literary works in her time. Austen’s heroines, be it Elizabeth Bennet from ‘Pride and Prejudice’, Elinor Dashwood from ‘Sense and Sensibility’, or Anne Elliot in ‘Persuasion’ are quite different from each other, but the thing is in terms of their independent outlook, they come across as almost modern.

The story follows Anne Elliot (Dakota Johnson), a young woman who regrets turning down an offer of engagement from a dashing young Navy officer Frederick Wentworth (Cosmo Jarvis). In the intervening years, While Anne has continued to long for him, he has grown considerably in rank and status. Eventually, their paths cross and their encounters, unintentional or otherwise, evoke much awkwardness, each clearly having feelings for the other. There are misunderstandings, unspoken thoughts, and so forth.

Will they each go their own way or will Austen find a way to unite them in marital bliss? ‘Persuasion’ was the last work of Austen’s regrettable short life, and is often also called her most insightful and mature novel. The story is certainly sombre and there is little of the caustic humour that is present in heaps in works like ‘Pride and Prejudice’. But  ‘Persuasion’, the movie that is, is clearly not interested in such distinctions. 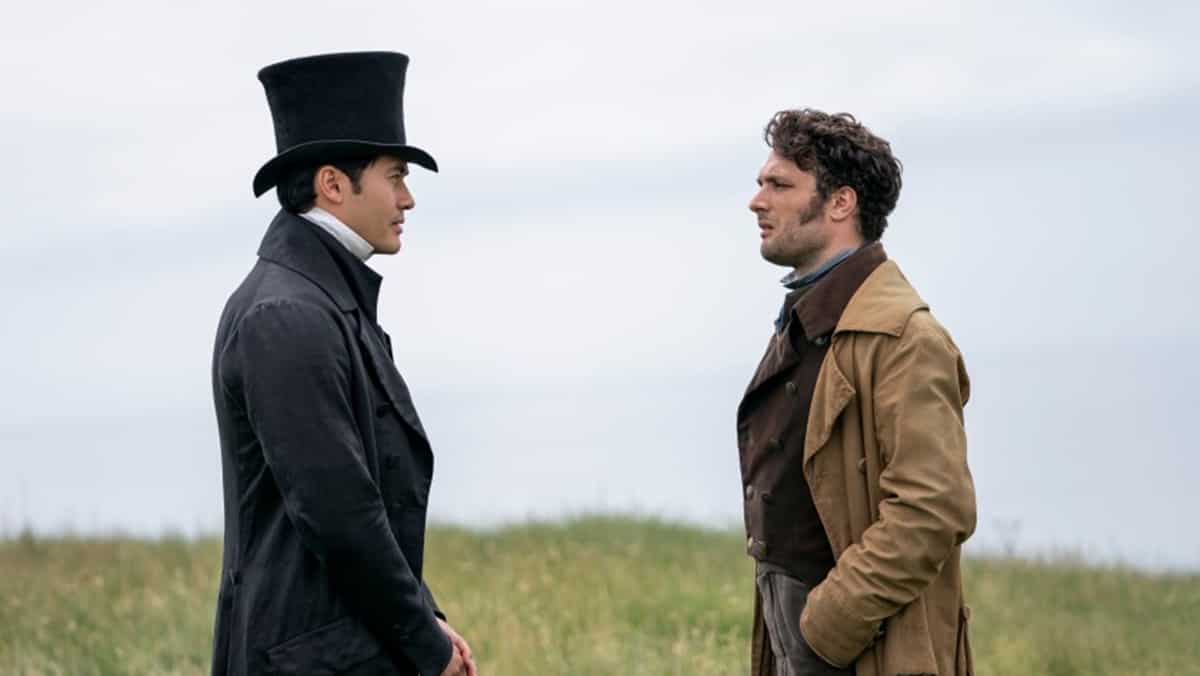 From a solemn story of a woman getting her life back on track after years of longing and regret, the story is turned into a romantic comedy, its pensive heroine Anne is turned into Phoebe Waller-Bridge’s ‘Fleabag’ with her eye-rolls and her fourth-wall-breaking which is rarely funny and often distracting.

It is a shame, because Johnson is at the top of the game here, simply quite brilliant even with that passable English accent, although she is slightly miscast. Her demeanour is too chipper for Anne from the book, but for that too I think the writing is to blame. I am not a snob, and I do not get resentful when writers of TV or film take liberties with the source material — so long as the essence is intact. But here, the writers ( Ron Bass and Alice Victoria Winslow) may as well be adapting some other book.

I do think if you are not an Austen fan and have never read any of her works (seriously, how dare you!), you would like this film just fine. But if you are, can I suggest ‘Fire Island’ instead?