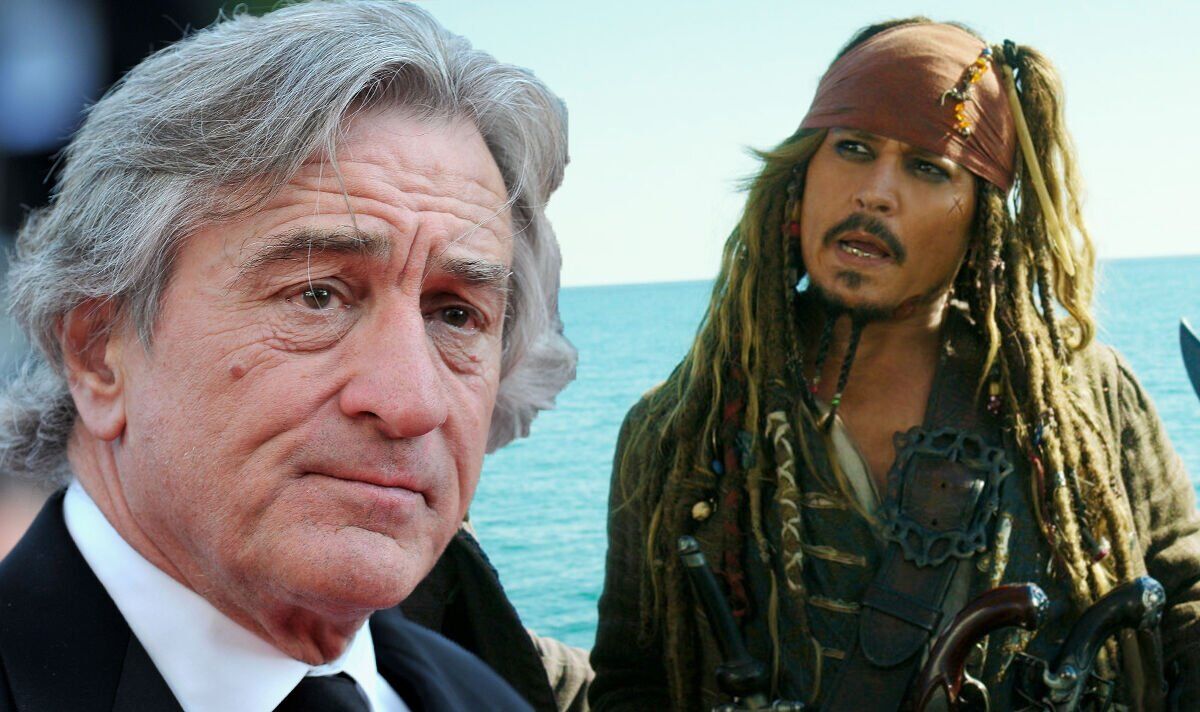 By the time Pirates of the Caribbean was being produced in the early 2000s, Robert De Niro was already a Hollywood icon. He had starred in countless films throughout the decades, including The King of Comedy, Frankenstein, Raging Bull, The Godfather Part II, Casino and Heat – just to name a few.

The American actor has a leading role in Stardust – which hits ITV 2 screens today at 6:35pm – but long before joining the Neil Gaiman epic, he was trying to switch his career up a bit.

Long before Pirates of the Caribbean began production the casting directors at Disney were looking at a number of prestigious actors to take on the role of Captain Jack Sparrow.

Before they eventually settled on Johnny Depp, De Niro was the number one option for the movie. But, he was apprehensive.

It’s easy to see why, as there was a lot of uncertainty surrounding the film. First off, it was based on the Disney Land theme park ride of the same. What’s more, a lot of the locations and set-pieces were being shot practically – in real life – in the Caribbean.

De Niro was reportedly going up against Jim Carrey for the role of Sparrow, but he eventually won the bid.

But when it came down to signing on the dotted line, he couldn’t do it.

De Niro reportedly “wasn’t sure the film would make money”. So he turned the role down.

Shortly thereafter, Depp became Sparrow and the rest is history. The Curse of the Black Pearl was an extraordinary success at the box office, making more than $650 million.

Depp went on to star in four more sequels, pushing the franchise’s net worth well over the billion dollar mark.

By 2007, De Niro was apparently feeling a lot of regret about his bad choice.

Stardust was made on a relatively large budget of $80 million but only earned $137 million at the box office.

While the movie included some massive names – De Niro, Michelle Pfeiffer, Mark Strong, Ricky Gervais, etc – it did not make quite as large a splash as the Pirates series did.

But the mighty have fallen of late in the Pirates of the Caribbean franchise.

Depp was embroiled in an extremely public court battle with his ex-wife, Amber Heard, over the past year.

Depp ultimately won the court case but was stripped of his Jack Sparrow role by Disney.

Since then, it has been confirmed that Harley Quinn star Margot Robbie will be fronting a new Pirates spin-off.

This upcoming movie is rumoured to focus more on female characters, rather than a string of men.

The Pirates of the Caribbean films are available to stream on Disney Plus now.