Skip to content
HomeEntertainmentPonniyin Selvan: Here’s when Chiyaan Vikram will bounce back into action 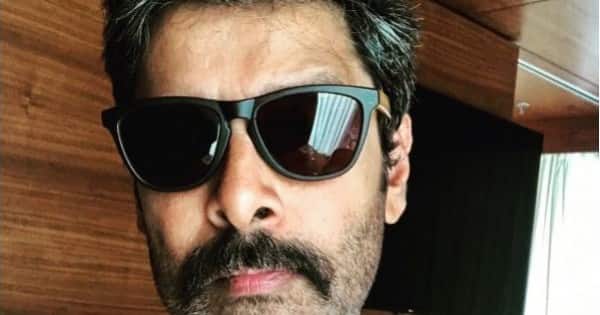 Yesterday, Chiyaan Vikram fans got the sad news that the actor has been admitted to the hospital and he won’t be attending the teaser launch of Ponniyin Selvan: 1. There were reports that the actor suffered a heart attack, but later his team clarified that he just had mild pain in chest and that’s why he was hospitalised. The actor’s fans are eagerly waiting to see him at a public event soon, and their wait will finally come to an end on Monday (11). Also Read – Payal Rohatgi-Sangram Singh wedding: Couple looks stunning at their sangeet and mehndi ceremony; fans say, ‘A kala tika for both of you’ [View Pics]

Apart from Ponniyin Selvan, Vikram will be seen in Cobra which is slated to release on 11th August 2022. The makers have planned an audio launch event in Chennai on Monday, and the film’s director Ajay Gnanamuthu took to Twitter to confirm that Chiyaan Vikram will be attending the event. Also Read – Disha Patani massively body shamed for her latest appearance; trolls say, ’What is she? Apart from being Tiger Shroff’s GF and wearing nude clothes’

He tweeted, “The Grand Audio Launch Of #Cobra on July 11 at #PhoenixMarketcityChennai with the PRESENCE OF #CHIYAANVIKRAM See you all there An @arrahman Musical.” Also Read – Trending TV News Today: Harshad Chopda gets injured, Tejasswi Prakash-Karan Kundrra’s new music video’s poster revealed, Nikki Tamboli declares winner of KKK12 and more

The Grand Audio Launch Of #Cobra on July 11 at #PhoenixMarketcityChennai
with the PRESENCE OF #CHIYAANVIKRAM ?

See you all there ?

Well, it looks like Chiyaan Vikram is recovering well and ready to bounce back. Below are the tweets done by the actor’s manager to keep his fans updated about his health…

Dear fans and wellwishers,
Chiyaan Vikram had mild chest discomfort and is being treated for the same. He DID NOT have a heart attack as reports falsely claim. We are pained to hear rumours to this effect.
That being said, we request you to give him 1/2

and the family the privacy they need at this time. Our dear Chiyaan is fine now.
He is likely to be discharged from hospital in a day.
We hope this statement provides clarity and trust that the false rumours will be put to rest. 2/2

Talking about Ponniyin Selvan, the teaser of Mani Ratnam’s directorial is being loved by one and all. The movie also stars Karthi, Aishwarya Rai Bachchan, and Trisha in the lead roles. The movie is slated to release on 30th September 2022.