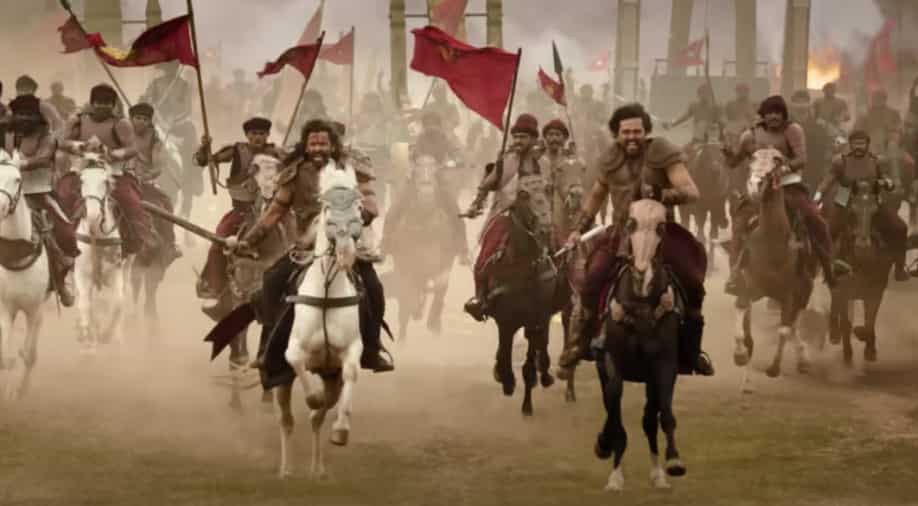 When Kalki Krishnamurthy wrote ‘Ponniyin Selvan’ back in 1950, it is said that he always expected it to become a movie. Attempts were made by the legendary Tamil actor MGR in 1958 and Kamal Haasan in the 1980s to bring the story to the big screen but it was not achieved for a variety of reasons. However, after decades of waiting, legendary director Mani Ratnam has finally realised the dream and the final product is something that stands apart in the era of “super-sized blockbusters”.

A comet appears on the sky and it is hungry for royal blood. Reigning emperor Sundara Chola (Vijay Raj) may not live long and battle of succession seems inevitable. While the elder son Aditha Karikalan (Vikram) is the next in line, his younger brother Arunmozhi Varman (Jayam Ravi) is beloved among the people. Add to that a couple of contenders in Madurantakan (actor Rahman) as well as Periya Pazhuvettaraiyar (R Sarathkumar) and we have our very own ‘Game of Thrones’.

The movie largely benefits from having a source material which is considered to be one of the milestones in Tamil literature. While no protagonist gets massive screen time alone, it is the overall story which keeps the audience engaged. Comparisons with a movie like Bahubali is natural in this case but the loud bravado is mostly missing and is replaced with the study of human ambition.

Karthi plays the role of Aditha’s trusted lieutenant Vandiyathevan and it is through the eyes of this character that the audience is introduced to the world of ‘Ponniyin Selvan’. The actor brings a certain mischief and playfulness to the character which instantly makes him a favourite among the audience. Vikram brings out an emotional side in the hot-tempered Aditha while Jayam Ravi takes some time but ultimately settles down well as the regal and much-loved Arunmozhi.

While the men wage wars in the film, it is the women who are the strategists and politicians. Nandini (Aishwarya Rai Bachchan), the wife of Periya Pazhuvettaraiyar who has secrets from her past, and Princess Kundavai (Trisha) find themselves in a battle of wits which proves crucial for the future of the Chola empire. While Aishwarya looks extremely beautiful in a character which will surely play a huge part in the sequel, it is Trisha who shines thanks to the wit and confidence she brings to Kundavai.

The rest of the supporting cast also impresses with Jayram playing Vaishnavite priest Azhwarkadiyan Nambi (Jayram) and R Sarathkumar playing Periya Pazhuvettaraiyar deserving the most appreciation. Cinematographer Ravi Varman’s frames breathe life into the beauty and extravagance of the empire while also providing a unique insight into the battle scenes. Add to that AR Rahman’s engaging background music and songs and the audience are given a film which truly feels like a magnum opus.

While the story does cover most bases, there are some arcs that leave a bit more to be desired. The plot involving the Pandyans seems extremely one-tracked and in the world where epic films are expected to deliver “mass scenes”, ‘Ponniyin Selvan’ chooses to move at a comfortable pace. The VFX also adds more opulence to the film but the climax sequence fails to reach great heights.

At 167 minutes, the film takes its time to establish all the characters and their motivations in a way that makes the audience curious about the sequel. The elaborate sets and picturesque locations provide the perfect backdrop for the clash of kings but it is ultimately human emotions that are laid bare on the screen. Right now, the job is only half done with ‘Ponniyin Selvan II’ releasing in 2023 but it can safely be said that Mani Ratnam’s latest does justice to Kalki Krishnamurthy’s epic.