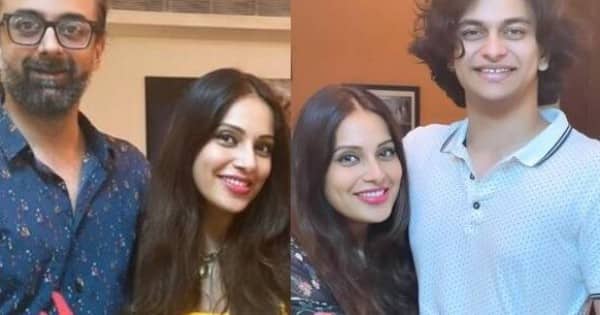 Bollywood’s power couple Bipasha Basu and Karan Singh Grover are reportedly expecting their first child and are all set to embrace parenthood. This piece of news grabbed a lot of attention and netizens are eagerly waiting for the couple to make an official announcement on social media. Recently, Bipasha and Karan attended a family get-together and had a gala time with each other. Pictures and videos from the party went viral all over the Internet and fans spotted Bipasha’s baby bump. It was Bipasha’s sister Soni Basu’s daughter’s birthday. Bipasha shared her photos after the reports of her pregnancy went viral. Also Read – From Anupamaa’s Paras Kalnawat to Saath Nibhana Saathiya’s Gia Manek: TV stars who got FIRED from top shows

In one of the snaps, Bipasha was seen posing with the birthday girl, while in the other picture she posed with her sisters Soni and Vijayeta Basu, and mom Mamta Basu. She captioned the post as ‘Basu babes’. Karan Singh Grover also shared a series of pictures and gave a sneak peek into their family time. Also Read – Alia Bhatt, Sonam Kapoor and more actresses who are all set to embrace motherhood soon [View Pics]

Several fan pages of Bipasha shared the saps and wrote, ‘cleverly hiding her baby bump’. While one wrote, ‘Congratulations and God bless’, another said, ‘Why can’t u just wait for them to announce!’. Netizens tried spotting her baby bump.

Bipasha and Karan tied the knot in 2016 and are on cloud nine these days. Well, the two will reportedly announce their pregnancy sometime.