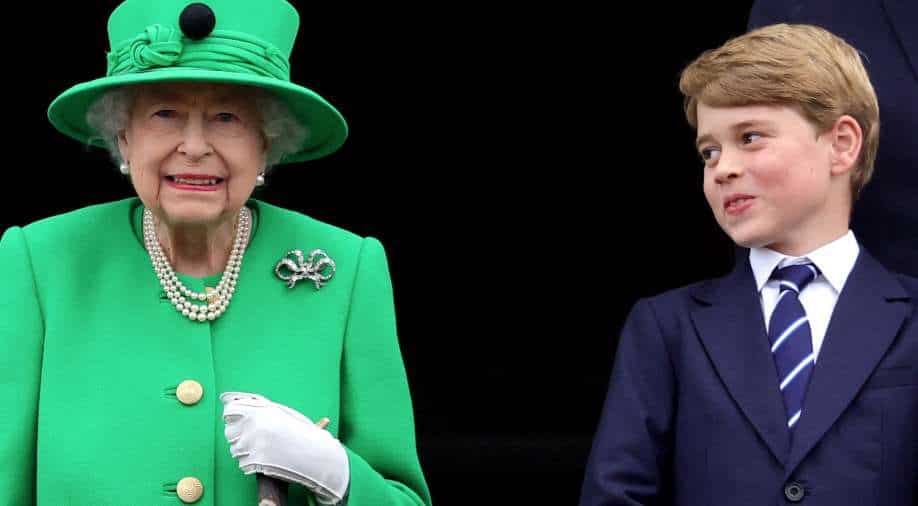 Prince William and Kate Middleton may take their eldest son Prince George to Queen Elizabeth II’s funeral. As per Daily Mail, the royal advisers have recommended Prince and Princess of Wales to take their little Prince to the funeral of his great grandmother the Queen. LIVE | Thousands join for Queen’s lying-in-state before closure

George, 9, is now the second in the line of the throne after his father William and grandfather Prince Charles. Royal advisers have suggested that taking him to the funeral will send a “powerful symbolic message”.

One source told Daily Mail that the matter is curruntly in the discussion, ”No decision has been made yet.”

Another source added, ”Courtiers are keen for Prince George to be at the funeral in some capacity if only to reassure the nation of the order of succession.”

Kate and William’s three children have not made any public appearance since the Queen’s death on September 8.

The idea of George attending the ceremony like a funeral at such a young age would be a tough decision for his parents Kate and William. But, in recent years, the couple has introduced their three kids to many Royal family celebrations and customs.

In April, Prince George and Princess Charlotte attended the Easter Sunday church service at St George’s Chapel in Windsor Castle for the first time. And, during Queen Elizabeth II’s Platinum Jubilee, the three kids joined the family during their first ever royal carriage procession.

In July, Prince George made his debut at a tennis tournament, as he attended the Wimbledon men’s singles final with his father and mother.

Now in the line of succession, after Charles becomes the king, his eldest son Prince William is the new heir to the throne. With this, the Prince and his wife Kate have been bestowed with new responsibilities. Over the years, both William and Kate have been one of the most responsible royal members who have never shied away from their duties, but at the same time, they have also made sure to provide their children with a ‘normal’ life away from the media glare.

Duke and Duchess of Cambridge have recently moved out of London, where there three have started their schooling in Lambrook School in Winkfield Row, Berkshire.