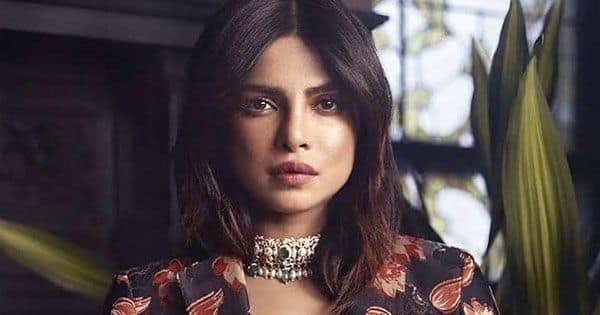 Priyanka Chopra and Nick Jonas are now busy spending time with their infant baby girl, Malti Marie Chopra Jonas. Though she spends a lot of her time in the US, we see how Priyanka Chopra keeps all her traditions alive whether it is doing the Laxmi Pooja for Diwali or throwing a Holi bash for her Hollywood friends. Her baby, Malti was born premature and the couple had to spend days at the intensive care unit for new-born kids. Parineeti Chopra commented on how her elder sister dealt with the whole thing like a soldier. Also Read – Sarkaru Vaari Paata US box office day one: Mahesh Babu’s film off to a flying start; collects THIS amount

Her mom Madhu Chopra has now given an interview on why Priyanka Chopra actively maintains all the Indian cultural rituals and traditions in her home. She told Hauterfly magazine that she wants to educate Westerners about the real India. It seems there is a lot of misinformation about the country. She was quoted as saying, “They think we have maharajas, elephants and snake charmers only.” She further said that India has great educational institutions, IT firms and medical facilities and technology. Madhu Chopra further told the magazine, “Who will teach this? Our culture, our rituals, everything has so much good behind them. She believes in them and tries to keep it up there.” Also Read – Dhaakad trailer: After Salman Khan, Ram Gopal Varma reviews Kangana Ranaut’s performance; compares her to Hrithik Roshan and Tiger Shroff

Priyanka Chopra has been married to Nick Jonas since 2018. He is a decade younger than the actress. Madhu Chopra told Hauterfly that the age difference never bothered her. She said he is a sweet guy, and whosoever kept her daughter happy was the perfect person for her. The actress has resumed work on Amazon Prime Video’s web series Citadel. It also stars Richard Madden. Also Read – After Priyanka Chopra-Nick Jonas, Kratika Sengar and Nikitin Dheer choose a traditional name for their baby girl

Priyanka Chopra will reportedly come back to India in September. The actress is supposed to shoot for Jee Lee Zara that also stars Katrina Kaif and Alia Bhatt.