Queen Elizabeth, the longest reigning monarch of the United Kingdom passed away ”peacefully” at her home in Balmoral Castle, Aberdeenshire, Scotland on September 8, 2022, at age of 96. Weeks later, Queen Elizabeth’s cause of death has finally been revealed.

On Thursday, the National Records of Scotland made her death certificate public, revealing that the late monarch died of ”old age”.

The certificate also revealed that she died at 15:10 BST in Balmoral Castle in Scotland. 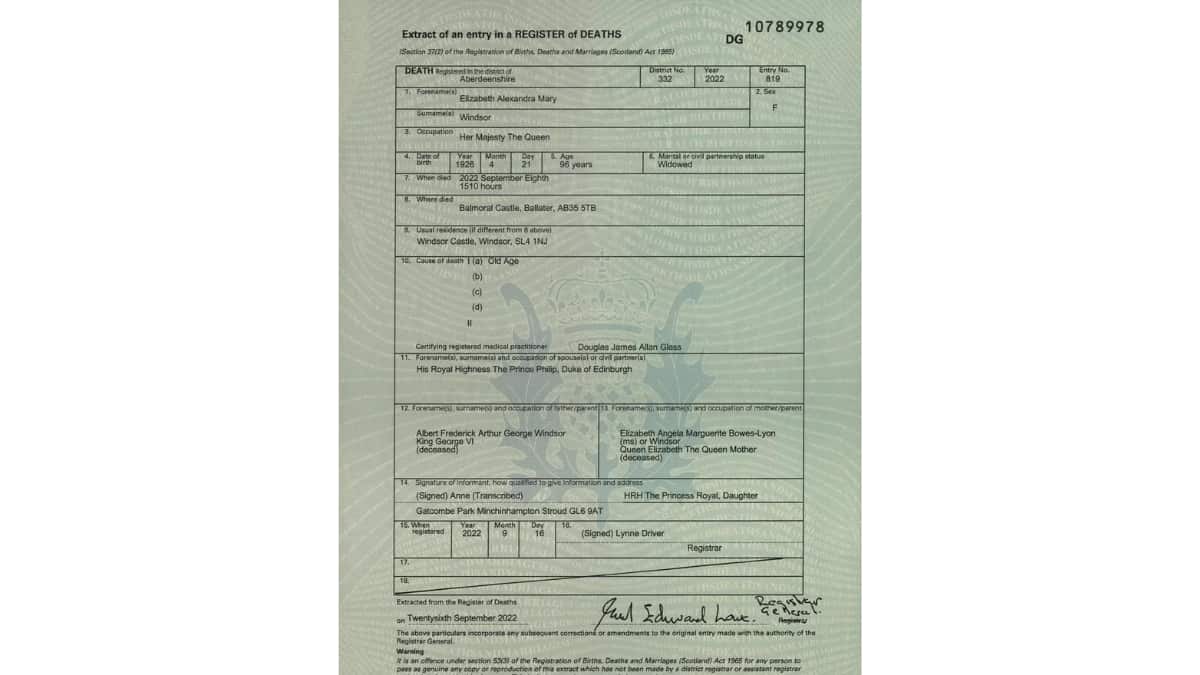 The document was signed by the Queen’s daughter, Princess Anne, who was with her mother and the Queen at the time of her death. Previously, in a statement released, Anne said: “I was fortunate to share the last 24 hours of my dearest Mother’s life.”

Apart from Anne, Queen’s eldest son, King Charles III, his wife, Camilla was also present at Balmoral castle at the time of her death.

On September 8, soon after doctors raised concerns about Queen’s health, Buckingham Palace announced the death of Queen Elizabeth via an official statement: “The Queen died peacefully at Balmoral this afternoon.”

Queen’s coffin was taken from Aberdeenshire to Edinburgh before it was brought to London, where her coffin was kept for a lying-in-state at Westminster castle. Hundreds and thousands of people from across the country and the world walked miles to pay their last respects to their beloved Queen. Her state funeral was held at Westminster Abbey, London on September 19th.