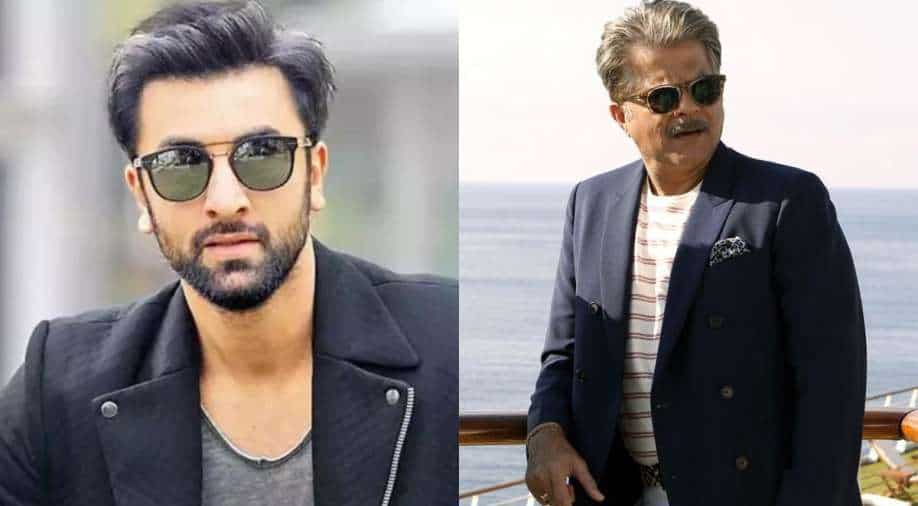 Bollywood actors Ranbir Kapoor and Anil Kapoor are all set to share screen space in their upcoming movie ‘Animal’. A photo from the sets has been leaked online and it shows the two actors sporting all-black attires and Ranbir is seen in his clean-shaven look.

While Anil is seen in a black shirt paired with black pants, Ranbir is seen in a turtle-neck t-shirt teamed with matching trousers and shoes.

According to reports, the film’s cast is currently shooting at actor Saif Ali Khan’s Pataudi Palace. The now-viral picture was shared on social media by a make-up artist. Her Instagram handle is @anamkhanmakeup.

Check out the viral picture below.

Ranbir Kapoor shooting for animal in Delhi 😭
(He is looking hot 🥵♥️) pic.twitter.com/z1IqYqwQ5Y

Back in April, the film was shot in Manali. Back then too, some pictures from the shoot had gone viral on social media. The snaps featured Rashmika Mandanna and Anil.

Apart from Ranbir, Rashmika and Anil, the film also features Bobby Deol. As per reports, Anil will play the role of Ranbir’s father in the film while Rashmika will play his wife.

The film’s synopsis reads, “A gangster drama that explores the turbulent relationships between all the characters that eventually lead to the protagonist becoming an ‘animal’ in nature.”

The movie is directed by Sandeep Vanga Reddy. And, it is expected to release next year in theatres.