Skip to content
HomeEntertainmentRanbir Kapoor reveals he and Alia Bhatt have started building the baby’s nursery; Shamshera star says, ‘I am just dreaming with my wife’ 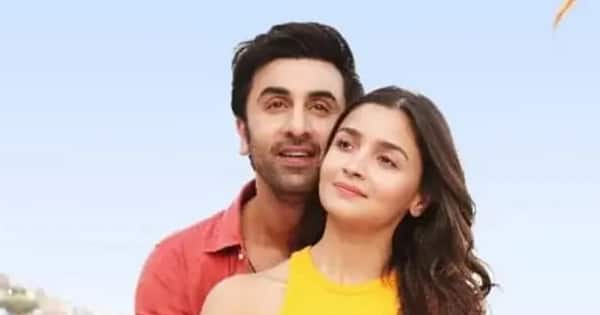 Ranbir Kapoor and Alia Bhatt are all about love. They are moving towards the next phase in their life – parenthood and they seem to be enjoying every bit of it. The handsome hunk is busy promoting his upcoming film Shamshera. During the media interactions and interviews, he is candidly talking about how he looking forward to being a father. In his recent interaction, he revealed that he has already started building a nursery for his child along with wifey Alia Bhatt. Also Read – After Alia Bhatt, Shamshera star Ranbir Kapoor recalls his ‘dreamy proposal’ to his wife; reveals new details

Ranbir and Alia are ‘dreaming’ and enjoying the excitement
In a recent chat with RJ Stutee for Hindustan Times, he expressed that the excitement and nervousness does not compare to anything. He is simply enjoying doing fun things with his wife. He was quoted saying, “Right now, I am just dreaming with my wife, taking each day as it comes. Like every budding parent, you read your stories, we have started to build the nursery, so doing all the fun things. But the anticipation, the excitement, the nervousness and the anxiety for such a thing doesn’t compare to anything. It’s beyond compare, so taking a day at a time.” Also Read – Priyanka Chopra, Katrina Kaif, Kareena Kapoor Khan and more: Do you remember the first Instagram post of your favourite actress? Here’s a lookback

Ranbir Kapoor and Alia Bhatt’s upcoming projects
Ranbir Kapoor’s movie Shamshera which also stars Vaani Kapoor and Sanjay Dutt is going to release tomorrow, i.e., 22nd July 2022. The film is directed by Karan Malhotra. Apart from that, Ranbir Kapoor and Alia Bhatt are together looking forward to the release of their movie Brahmastra. The film directed by Ayan Mukerji has been in the making for quite a few years. And finally, the film is going to release in this year. It was recently that the song Kesariya was released by the makers. It is being termed as the love anthem of the season. Also Read – Alia Bhatt to Sonam Kapoor: Bollywood actresses who didn’t shy away from flaunting their baby bumps [VIEW PICS]

These two have our hearts. We can’t wait to see their little one! But will they let paps click pics of their baby? Let’s see.