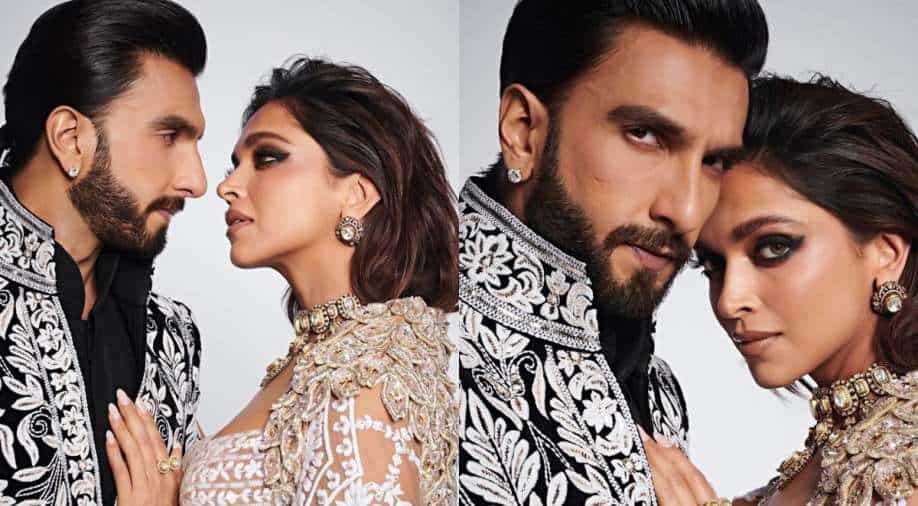 Bollywood-cum-Hollywood actress Deepika Padukone walked the ramp with her beau Ranveer Singh for celebrity fashion designer Manish Malhotra at Mijwan Fashion Show 2022. They looked ethereal and regal as they flaunted the designer’s gorgeous ethnic outfits at the annual gala, which returned after a three-year gap due to the Covid-19 pandemic.

From walking hand-in-hand to sharing a romantic kiss, DeepVeer’s PDA moments were the highlights of the fashion show.

At the event, Ranveer was seen dressed in a black sherwani that featured white embroidery. While Deepika was seen donning a glamourous white and golden lehenga that featured heavy embellishments. She completed her look with a statement-making necklace.

The event, organised by Shabana Azmi in association with her NGO Mijwan Welfare Society, was held in Mumbai on Friday. Several celebs, including Gauri Khan, KJo, Vidya Balan, Nora Fatehi and Ishaan Khatter, attended the show and were seen sitting in the audience.

During his ramp walk, Ranveer walked up to his mother Anju Bhavnani, who was sitting in the front row near Gauri and Ishaan, and leaned in to give her a kiss before touching her feet. Netizens had the best reaction to Ranveer’s sweet gesture. Fans unanimously said that “Ranveer is a great actor and a nice human being.”

Deepika shared a series of photos of her look for the night. The snaps also featured her husband and actor Ranveer. They posed gracefully for the lens in their royal attires. In no time, the snaps went viral on social media.

On the movie front, Deepika will be seen sharing screen space with Shah Rukh Khan in his next ‘Pathan’. She will also feature in Rohit Shetty’s directorial ‘Cirkus’ in a cameo role.