Skip to content
HomeEntertainmentRanveer Singh nude photoshoot controversy: PIL filed in the court to seize all printed copies of the magazine 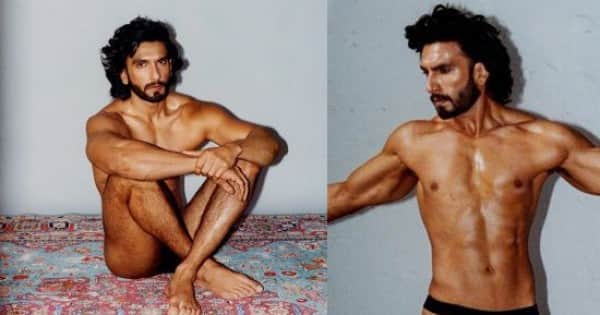 Bollywood actor Ranveer Singh recently stole all the attention with his nude photoshoot for a magazine and managed to turn heads with his bold act. Within no time, the handsome hunk got massively trolled for his boldness, while few netizens appreciated him for his confidence. Ranveer grabbed a lot of limelight with his new photoshoot pictures that created a stir on social media. Also Read – Liger star Vijay Deverakonda upset with his episode of Koffee With Karan 7? [Exclusive]

Recently, Public Interest Litigation (PIL) was filed in the Calcutta High Court and they requested the court to order the West Bengal government and other authorities involved to seize all printed copies of an issue of the magazine that featured Ranveer in nude pictures. Also Read – Raksha Bandhan 2022: Bollywood stars who are more successful than their brothers and sisters

Advocate Nazia Ilahi Khan even filed a case alleging the cover picture as she called it obscene as per the opinion of the public at large. Moreover, it was claimed that the Bajirao Mastani star deprave the mind of the public at large in West Bengal, especially minors. Before this an NGO in Chembur, Mumbai had filed a complaint claiming that the pictures outraged the modesty of women and the cops had registered an FIR against Ranveer. Ranveer Singh’s nude photoshoot pictures and controversy surrounding it topped on the entertainment news. Also Read – Janhvi Kapoor, Malaika Arora, Nora Fatehi and more B-Town hotties who are absolute killers in gym wears

On the work front, Ranveer appeared in Netflix’s interactive special Ranveer vs Wild with Bear Grylls and made his fans fall in love with his cuteness. He will soon be seen in Karan Johar‘s Rocky Aur Rani Ki Prem Kahani alongside Alia Bhatt and Rohit Shetty‘s Cirkus with Jacqueline Fernandez and Pooja Hegde.