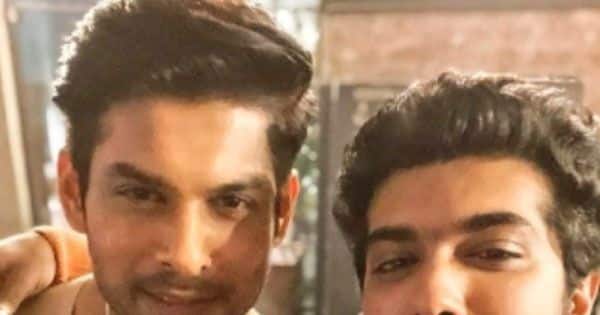 A star lives on forever. This line holds true for Sidharth Shukla and how. On September 2, 2022 it will be his first death anniversary. While his physical presence is deeply missed by everyone who loved him, his short yet amazing life is for us to cherish. At times, we meet people for a short time but they leave a lifelong impression on us. This is what Manvir Singh, Sidharth Shukla’s co-star from Broken But Beautiful 3 feels. He played his best friend Rishabh in the series, and their camaraderie was heartwarming. In an EXCLUSIVE with Bollywood Life, Manvir Singh said, “You know, I had some preconceived notions about Sidharth. I thought he did be a little snobbish given his successful stint on TV, and decade long career, but I was mistaken. He welcomed me with a warm heart and we bonded like friends in no time.” Also Read – When Sidharth Shukla was accused of drunk driving and beating a man; but the truth came out later and shocked everyone

Broken But Beautiful 3 was his first web show post his unparalleled stardom on Bigg Boss 13. Manvir tells us, “Honestly, I did not watch much of Bigg Boss but I knew that he was famous given how he trended on Twitter. But Sid loved to watch his memes and fan-made edits when he had the time. In fact, we would watch them together. After watching some of the edits, I checked out more videos on YouTube. There was nothing fake about Sidharth. What people saw in Bigg Boss 13 was what we saw. He was a private person, and very clued into his craft. His funda is clear you don’t mess with me, I won’t bother you. I guess it was his relatable and organic personality that made him a heartthrob.” Also Read – Sidharth Shukla-Asim Riaz, Pratik Sehajpal-Nishant Bhat, Kapil Sharma-Mika Singh and more TV bromances that made people sit up and take notice

Manvir Singh reveals that Sidharth Shukla would share a lot of his life lessons with him. He said that he would tell him stuff, and warn him about the pitfalls for young actors in the industry. “He never made it sound like he was giving gyaan. Everything was told with candour and his trademark sense of humour,” reveals Manvir. It is a year since his sudden and tragic demise but his aura is unbeatable. “Sidharth’s popularity has made me believe that a star is born, and cannot be created. It has also reaffirmed my belief that a star lives on long after he is physically gone from this world,” says Manvir. Lastly, he talks about how the Bigg Boss 13 winner was a private person. “He never liked to flaunt his friendships. Promotions were fine as long as it was work-related but personal relationships were never for public consumption. I guess this is why he endeared to millions, Sidharth never bothered to put on a show for people. Pretense was not his thing. He was like, I am what I am – take it or leave it,” signs off Manvir. Also Read – Bigg Boss fame Shehnaaz Gill REVEALS why she hid her emotions post Sidharth Shukla’s death, ‘Duniya ke aage roge toh log bolenge…’