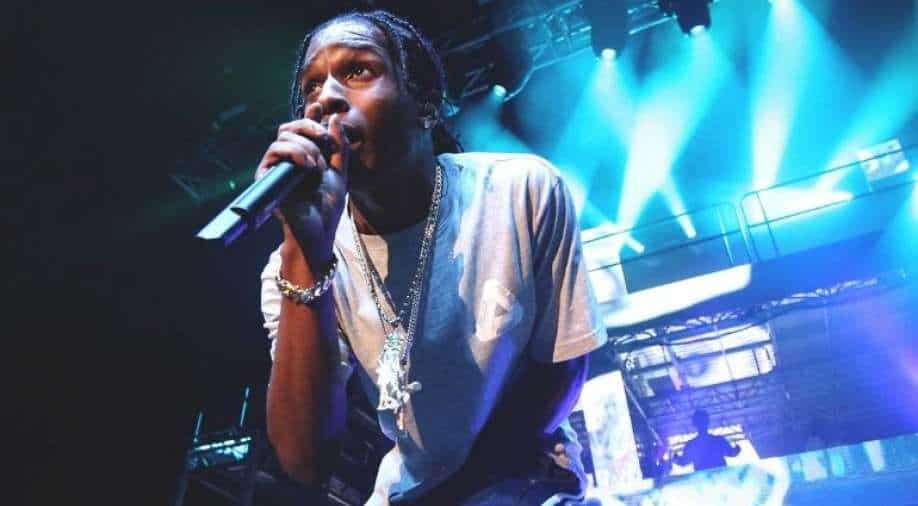 Rapper A$AP Rocky has been charged with assault and weapons charges in connection with a November altercation with a former friend in Los Angeles. A$AP Rocky, who has been dating Rihanna, has been slapped with two counts of assault with a semi with a semiautomatic firearm with allegations of personally using a firearm, according to prosecutors.

“Discharging a gun in a public place is a serious offence that could have ended with tragic consequences not only for the person targeted but also for innocent bystanders visiting Hollywood,” said the Los Angeles County District Attorney George Gascon.

“My office conducted a thorough review of the evidence in this case and determined that the addition of a special firearm allegation was warranted.”

Rocky was detained in connection with an investigation by the LAPD into a non-fatal shooting in Hollywood on November 6 and released on a USD 550,000 bond.

An argument escalated between the rapper and his acquaintance, leading to Rocky allegedly firing a semi-automatic handgun.

At the time of the arrest, Rocky was in the process of returning to Los Angeles on a private plane after a vacation in Barbados with Rihanna. The rapper welcomed a baby boy with Rihanna earlier this year.

In 2019, Rocky was arrested and charged with assault in Sweden, with prosecutors alleging that the victim was punched, kicked and attacked with a bottle. He spent nearly five weeks behind bars before being released, though he was later found guilty.