Skip to content
HomeEntertainment‘Rings of Power’ Episode 5 review: ‘Partings’ sets the stage for war against Sauron 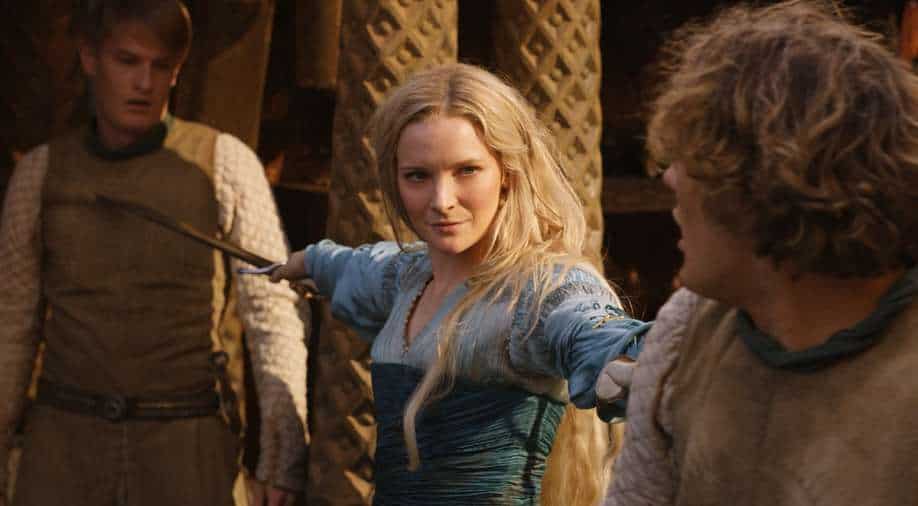 ‘The Lord of the Rings: The Rings of Power’, the unwieldy title of Amazon Prime Video’s pricey fantasy series, has proven its most vociferous critics wrong — whether they admit it or not is another matter. The series kicked off slow and steady, but the last couple of episodes have been packed with action, reveals, references, and great moments to satisfy even the most cynical of Tolkienists. The best thing I like is how the aesthetics and the general look and feel of ‘Rings of Power’ both pay homage to and build upon the Middle-earth that we saw in Peter Jackson’s celebrated movies.

The fifth episode of the show, ‘Partings’, throws up interesting challenges for the characters, setting the stage for an inevitable war against the forces of evil. The unlikely (for Middle-earth) interracial friendship between Elrond (Robert Aramayo) and Durin (Owain Arthur) is endangered when the half-elf learns about the potential destruction of all elves on Middle-earth if Lindon does not get vast amounts of Mithril — the same substance that the dwarves discovered in the depths of Moria.

Also Read: ‘The Lord of the Rings The Rings of Power’ review: A majestic fantasy TV series worthy of JRR Tolkien

But considering the coldness of relations between elves and dwarves — if not outright hostility — this might be difficult, to say the least.

Meanwhile, at Númenor, Queen Regent Míriel (Cynthia Addai-Robinson) did agree to the proposal put forward by Galadriel to take on the enemy. But there are complications. Halbrand (Charlie Vickers), who every fan of the show seems to believe is actually Sauron, is reluctant and reveals a dark secret about himself (it is not what you think). Isildur (Maxim Baldry) wants a spot on one of the ships leaving Númenor for Middle-earth, come hell or high water.

In Southlands, Adar and his orcs prepares to attack the surviving townspeople in the tower. They are mostly women, children, and the elderly, and are almost defenceless. Some wish to join Adar, believing that will keep them alive. Others, Arondir (Ismael Cruz Córdova) and Bronwyn (Nazanin Boniadi), disagree.

In Pics | ‘The Lord of the Rings: The Rings of Power’: A complete character guide

‘Partings’ is another gripping episode of ‘Rings of Power’ with lovely moments, beautiful cinematography, and performances. I have already written extensively about the stratospheric production quality, the visuals, the costumes, the set designs, and so on. The makers have built something that is epic enough for a Tolkien adaptation. But it constantly surprises me to see how fond I am becoming of the show’s writing and characters. This is a moment in Arda when the peoples of Middle-earth (and beyond) are divided and distrust not only other races, but among themselves. But they will need to come together if they have any hope of defeating what is coming. Like any good story set in Middle-earth, there is a sense of impending doom pervading everything. There is certainly plenty of humour and wisecracking, but the main players, at least, realise that ancient evil that once nearly destroyed everything, is awake once again. The dialogue is spare despite the lore it needs to explain to those not intimately familiar with Tolkien’s writings.

I utterly love ‘The Rings of Power’ so far.

That said, I am perfectly aware of the criticism levelled against the show by a section of Tolkien fans. While most of them are simply miffed that actors of colour were cast in roles that they believe should have gone to white actors, some do have genuine reasons, and that is okay. I think I am able to enjoy this show as much as I have is, I had promised myself I will not compare it with the Jackson movies. The LotR trilogy has a quality that is seen probably once per generation. Even Jackson, with ‘The Hobbit’ trilogy, himself could not go anywhere near those three movies. What I am doing is, just judging the show. And thus far, I have been pleasantly surprised at the calibre and skill of the cast and crew associated with the series, both behind and