The sixth episode of Prime Video’s fantasy series ‘The Lord of the Rings: The Rings of Power’ is arguably its best yet. After starting off sedately and setting up characters and the central conflict, ‘Udûn’ fires on all cylinders (more literally than you would expect) to deliver an hour so of television brimming with action, character, and wow moments. The villagers of the Southlands finally face the battle that Adar (Joseph Mawle) and his orcs threatened with aplomb but everything comes crashing down before the end — again, quite literally.

The show, based on the world created by JRR Tolkien, has been teasing the impending reveal or arrival of Sauron for quite a while. And no, this episode does not put an end to that speculation. Speculate away. But ‘Udûn’ does make it clear that the future Dark Lord and former Morgoth lieutenant is pulling the strings.

The following paragraphs contain spoilers. Read at your own risk. Better still, watch the episode and then come back.

What happened in ‘Udûn’?

A lot. As Arondir (Ismael Cruz Córdova), Bronwyn (Nazanin Boniadi), and other villagers managed to spring Adar and orcs into a trap. But a lot of them still survive, and attack the villagers, who have retreated back to the village. Adar makes it purpose clear: to acquire the broken blade that has cause much trouble until now. The Númenóreans, led by Galadriel (Morfydd Clark) and Cynthia Addai-Robinson (Míriel), save the day in time and Adar is captured before he can escape with the blade. However, the blade he has is a fake, and Waldreg escaped with the real blade. He blade is planted into that mechanism we saw earlier, which causes a lot of water from the dam to release. It rushes through the tunnels the orcs had dug, and the Mount Doom erupts. We see a stupefied Galadriel walking into the cloud of magma (of course, she will survive for thousands of years).

‘Udûn’, more than any other episode before that, evokes Peter Jackson”s ‘LotR’ trilogy in terms of scale, grand visuals, and elves (even if just two) doing insane acrobatics to cut through ranks of orcs. I just cannot wait for the finale. 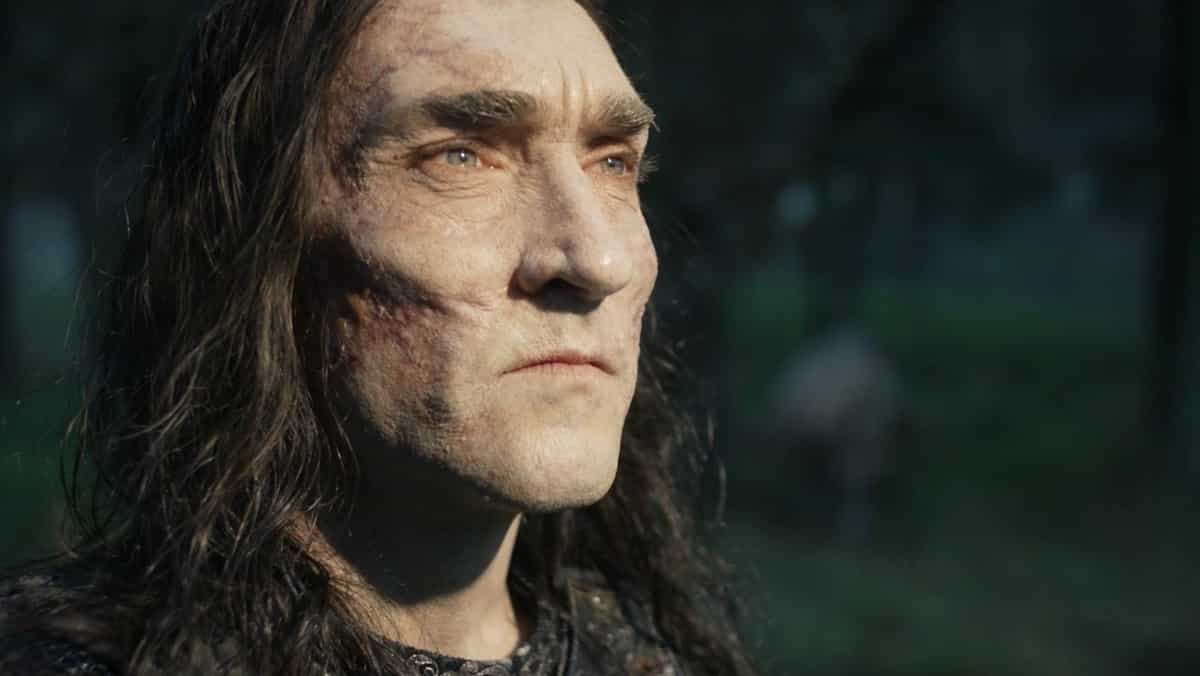 Oh, and Adar is an Uruk (also called Moriondor in the show). Remember the Uruk Hai, whose leader killed Boromir and almost killed Aragorn in ‘The Fellowship of the Ring’? Adar is the same, but less orc-ish and more elvish. Adar has proven to be a more complicated villain. He spoke about finding a home for himself and his children (the orcs), to explain why he is waging war in the Southlands, that he and the orcs feel something like orphans in a world without Morgoth and Sauron (whom he claims to have killed) — which is interesting. We will have to see what the show does with this themes.

The episode also throws up a couple of surprises, particularly related to Adar, who is way more a devious enemy than anybody — including us the viewers — expected. When asked about where is Sauron, he says he killed him. But nobody is fooled. Perhaps he wanted to dawdle before his plan could be discovered and stopped? Who and where is Sauron?

We know Sauron is somewhere. Perhaps he is somebody we have seen, but more likely he is somebody we are yet to see. Halbrand is not Sauron, the episode almost makes it clear. The Stranger is still a contender, but chances are, he is Gandalf or some other wizard. Celebrimbor (Charles Edwards) is present in the show, and we know from lore that Sauron fools him into forging the Rings of Power that leads to chaos and war on Middle-earth. But we have not seen any character that the elven smith is working with until now. Sauron may already be working with Celebrimbor in disguise.

I love this show.