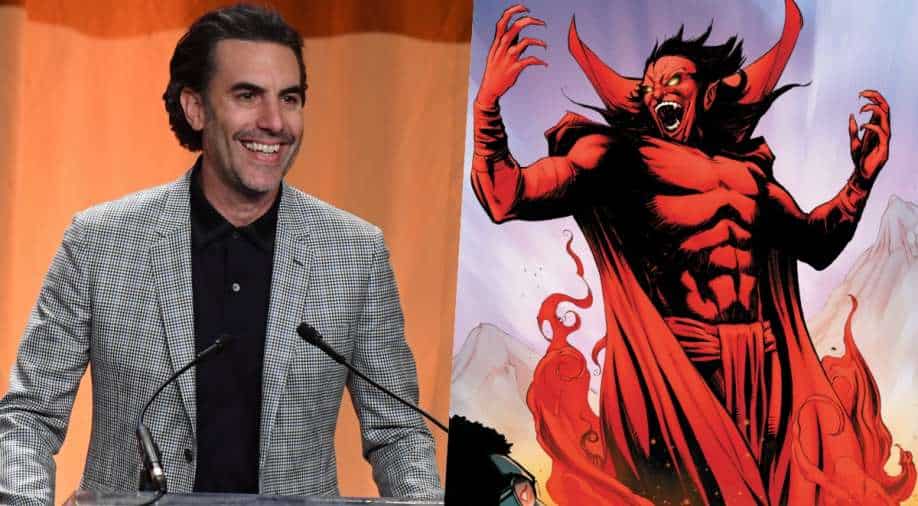 English actor Sacha Baron Cohen, best known for playing the role of Borat in two movies in ‘Borat’ series, is reportedly in talks to join the Marvel Cinematic Universe. As per Deadline, if the negotiations go through, Cohen will play the role of Mephisto, a demonic character who was earlier rumoured to debut in ‘WandaVision’. Deadline report said Mephisto will be the main villain of the Disney+ MCU series ‘Ironheart’. The series will star Dominique Thorne in the role of titular superheroine Riri Williams. If a deal is finalised, Cohen will also appear in ‘WandaVision’ spinoff ‘Agatha: Coven of Chaos’.

Mephisto was created by Stan Lee and John Buscema. They based the character on Mephistopheles from the Faust legend. Mephisto was first introduced as an enemy of Silver Surfer and Ghost Rider. But he has also come into conflict with Spider-Man, Doctor Strange, Doctor Doom, and so on.

Being a demonic entity, Mephisto has numerous magical. He has superhuman strength, shape-shifting, can create realistic illusions, manipulate emotions, memories and even play with the concept of time. Even when his corporeal form is destroyed he will reform and renew in his own realm. He is going to be a formidable foe for Marvel superheroes.

Meanwhile, Cohen was last seen in the sequel to 2006 film ‘Borat’. Titled ‘Borat Subsequent Moviefilm’, he reprised the role of fictional Kazakh journalist Borat Sagdiyev. The film was critically acclaimed. He also lent his voice as Uncle Ugo in the Pixar movie ‘Luca’.