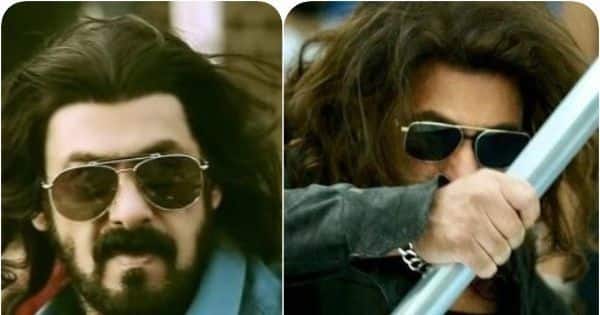 Salman Khan has just dropped his new first look from one of his upcoming movies, and since it’s hard to imagine that said look could be from Tiger 3, the entire Bollywood industry, trade, as also his and neutral netizens have quickly declared it to be his look from Kabhi Eid Kabhi Diwali, which also stars Pooja Hegde, Aayush Sharma, Zaheer Iqbal and Shehnaaz Gill. Sharing the pic on his official social media handle, Salman Khan captioned it: “Shooting commences for my new film…” Check it out below: Also Read – The Kapil Sharma Show wrap: Kapil-Ginni Chatrath dance their heart out, Sumona Chakravarti clicks selfies with the cast

It’s no rocket science that Salman Khan’s Kabhi Eid Kabhi Diwali look bears a striking resemblance to his Antim avatar. Despite that, barring a few exceptions, most of Salman’s fans and neutral moviegoers like seemed to appreciate his Kabhi Eid Kabhi Diwali look as evidenced from the online reactions. Here are the best tweets… Also Read – Tejasswi Prakash says her relationship with Karan Kundrra is ‘not normal’, ‘Every little move they are watching’