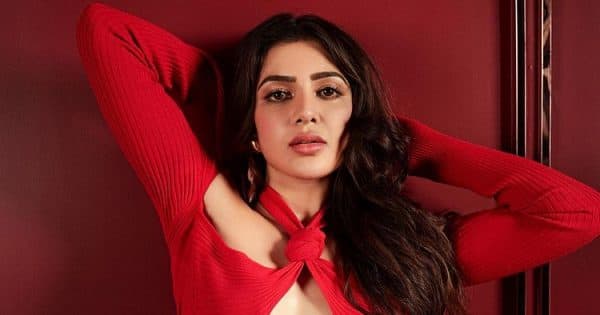 Popular actress Samantha Ruth Prabhu has been away from the social media and it has been a while now. We all know that the south star has been creating noise because of her alleged health issues. According to different media reports, the actress is suffering from a rare skin disorder and if reports are further to be believed then she has been receiving treatment for the same in USA. Her millions of fans are worried as it has been more than two months since the Jaanu star showcased herself on social media. Also Read – Trending South News Today: Ram Charan resumes RC15 shoot, Shehnaaz Gill’s eyes set on South cinema and more

Millions of followers of the actress have been worried because of her sickness. It has been more than two months since the Jaanu actress shared a photo of herself on the internet. Now a few hours ago the actress posted a cryptic note on social media that has now gone viral. Sharing the same she wrote a caption which was motivating. It read, “You will never walk alone”. The viral photo showcases the chin and lip of the actress and has the quote written on her t-shirt. Earlier, Samantha had posted a picture of her pet Saasha with a caption that read-‘Down not out !!.’ Also Read – Rashmika Mandanna to Samantha Ruth Prabhu: South Indian actresses and their first jobs/pay cheques

The latest post of Samantha has made us wonder what is going on with the actress. If you are her fan then you will know that the Instagram game of the actress is pretty strong. She often posts BTS photos, and cute selfies on her Instagram. Fans appreciated the post and also dropped adorable comments in the comment section. The actress is a Liverpool pool fan and the proof of the same is the t-shirt that she wore. Fans were very excited to see the same. On the professional front, the actress was seen in Koffee With Karan. Up next, she will be seen in Shakuntalam and Kushi opposite Vijay Devarakonda. She will also be seen in Citadel.