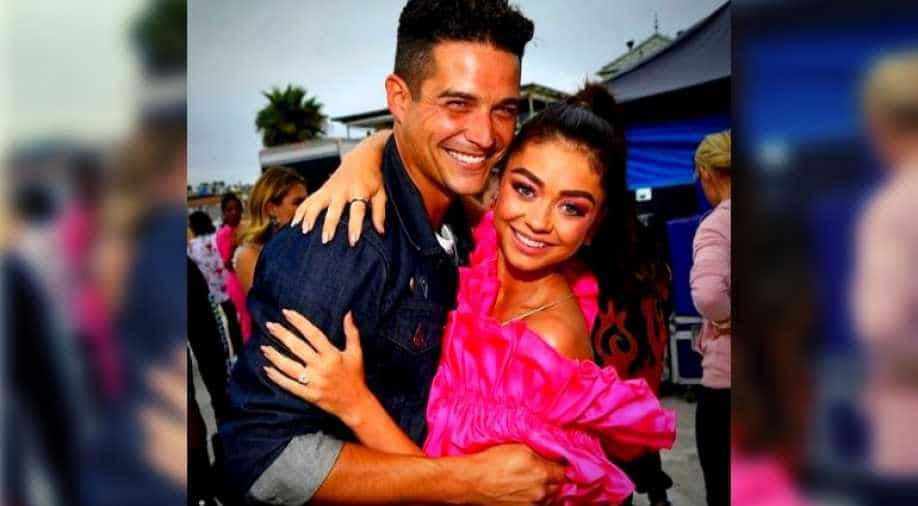 It was a reunion of sorts of the cast of ‘Modern Family’ at actress Sara Hyland’s wedding. Sarah Hyland married beau Wells Adams during a ceremony at a California vineyard over the weekend.

Sarah, who played Haley Dunphy in ‘Modern Family’ and beau Wells Adams had to delay in their wedding preparations due to the COVID-19 outbreak.

Vergara came up with some of the former cast members of the comedy to witness Hyland become a wife, and she posted a few pictures of the small event on Instagram replete with white parasols and a stroll through the vineyard`s grounds.

Hyland and Adams conversed back and forth on Twitter in 2016 but they didn`t really meet until 2017. Shortly after, they made their romance public. Adams proposed to Hyland in 2019 and they had originally intended to wed in August 2020, but the coronavirus prompted them to modify their plans. They repeatedly postponed their wedding.
While Adams gained notoriety playing the oldest daughter of the Dunphy family, Hayley, in the well-known ABC sitcom, she followed a different path on the same network. He started his career as a DJ in Nashville, Tennessee, but on season 12 of ‘The Bachelorette,’ he was one of the guys vying for JoJo Fletcher`s affection.

In August 2021, Adams said he was “hoping” to get married next year after too many delays had postponed their nuptials. He joked to People magazine that he and Hyland were “gonna go to Vegas or the courthouse” if there were any more wedding setbacks.

“I’m really excited to be able to – on paper, officially – start our family,” she said.

Hyland stated that she was taking the planning process “one step at a time” and wasn`t very concerned about how marriage might affect their relationship.