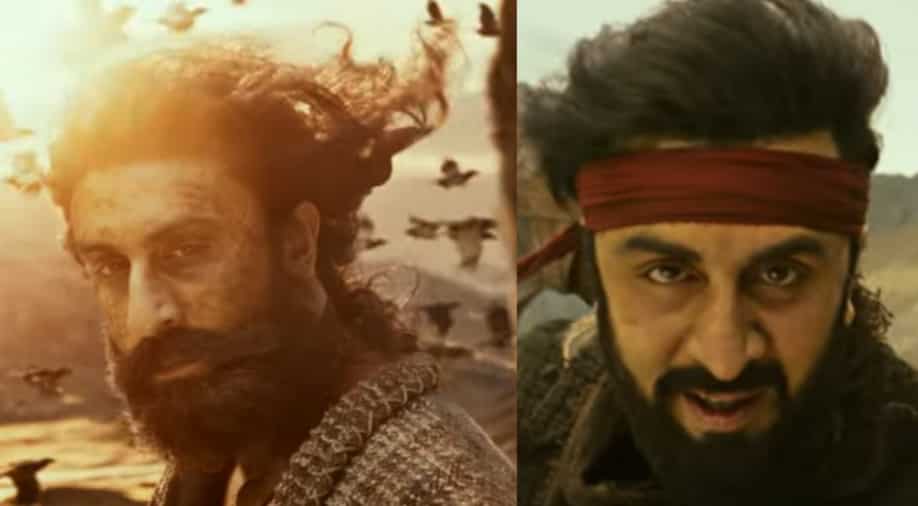 Ranbir Kapoor is back with his new and never before seen avatar in and as ‘Shamshera’. After teasing fans with interesting posters and short teasers, the first full trailer is out now. Looking at this trailer, we can say this is the movie that all the Bollywood buffs were missing.

The 3 -minute-long trailer is high on drama, action, and romance, and narrates the story of decoit Shamshera played by Ranbir. Set in the 1871 British period, the trailer starts off showing the villagers are tortured and takes you to the decoit group headed by Shamshera who are fighting for the freedom then it quickly shifts and shows young Ranbir, who is robbing the wealthy families and is unknown with the reality that he’s the son of Shamshera.

The trailer also confirms that Ranbir is playing a double role in the movie.

The clips also show ruthless & merciless cop Shuddh Singh played by Sanjay Dutt, who is hired to catch the new Shamshera. Vaani Kapoor is playing the dancer in the movie and the love interest of Ranbir.

The visuals are impressive, with lots of bombarding, action, fights and a peppy soundtrack and outstanding performances by Ranbir & Sanjay Dutt.

Directed by Karan Malhotra, the film is all set to hit the theatre on July 22, 2022, in Hindi, Tamil and Telugu. The film also marks Ranbir’s big-screen comeback after four years of gap. He was last seen in ‘Sanju’ which was released in 2018.

Meanwhile, Ranbir has been in the news lately for his upcoming and most awaited sci-fi film ‘Brahmastra’ co-starring Alia Bhatt.