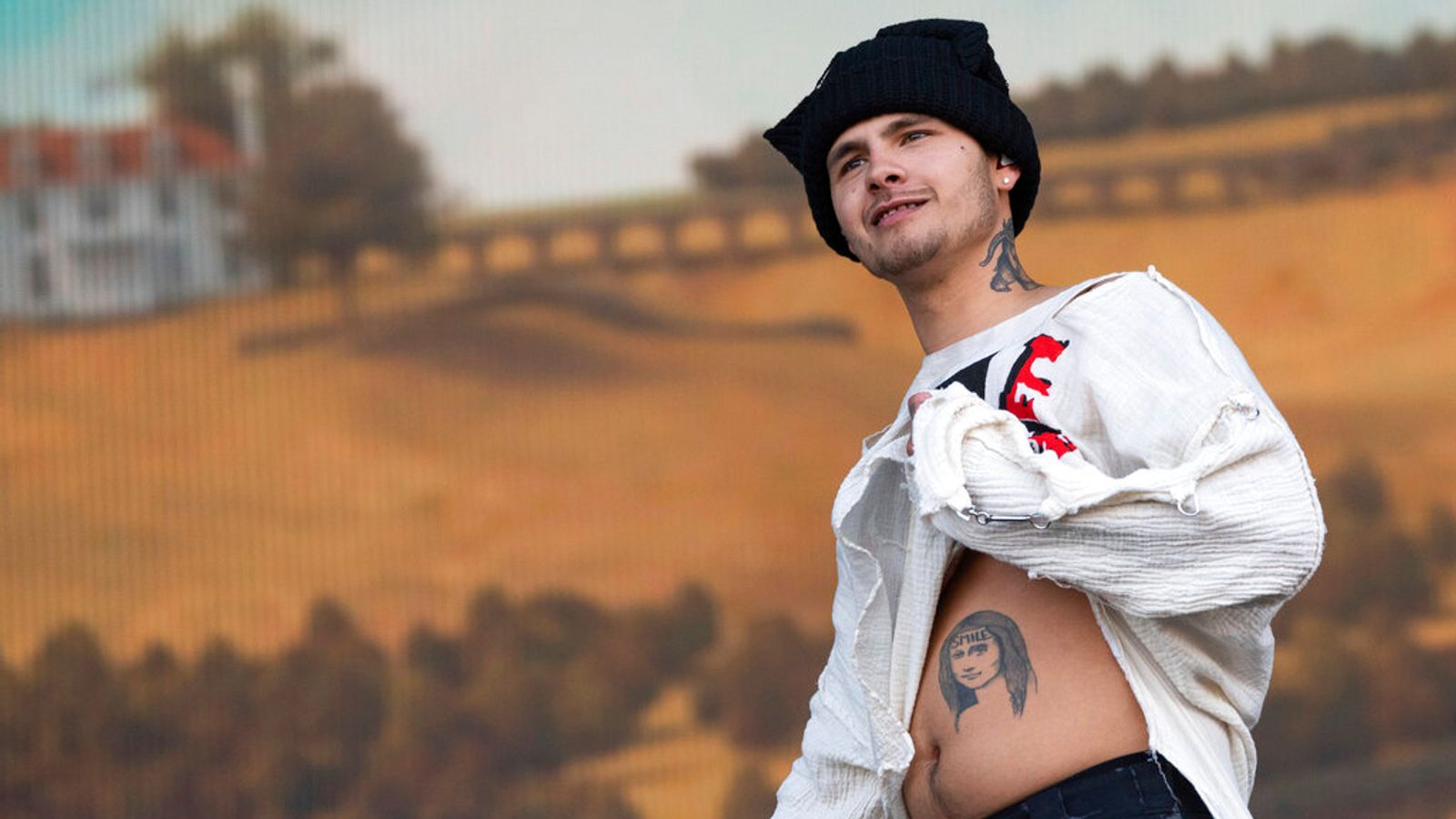 British rapper slowthai has apologised after crowds misinterpreted an anti-fascist T-shirt emblazoned with a swastika and the word “destroy” he was wearing.

The musician, real name Tyron Frampton, received criticism online after appearing on stage in the item of clothing at the Osheaga music festival in Montreal, Canada.

In a statement released on Twitter, slowthai, 27, acknowledged the message he was trying to portray with the Nazi symbol had been confused.

“I’m sorry to anyone who is offended by me wearing an anti-fascist/anti-regime T-shirt and the use of the symbol it represents,” he said. “I want you to know I stand firmly against antisemitism and fascism of any kind, something the T-shirt was meant to illustrate with the word ‘destroy’ above the symbol.”

Images of slowthai on stage were shared by Twitter user Neil Orlowsky, who wrote: “At what point does his manager, festival organisers, or stage managers step in and say this symbol of hate has no place at the festival, in Quebec, or in Canada?”

Slowthai’s apology came after the festival released a statement, saying: “A performer appeared on stage Saturday wearing a controversial T-shirt displaying a swastika that caused confusion. The T-shirt denounces the regime.

“We sincerely apologise to anyone who may have misinterpreted this message and felt hurt.”

One Twitter user responded: “Absolutely horrible response. He should have never made it on stage wearing that shirt. Everyone knows what a swastika stands for in a world post World War II. Everyone involved in this should feel ashamed.”

However, some users pointed out that similar T-shirts had previously been worn by rock stars in the past.

This is not the first time slowthai has caused controversy.

In 2019, he held up an effigy of Boris Johnson’s head on stage at the end of his performance at the Mercury Prize ceremony.

In 2020, he apologised to comedian and host Katherine Ryan for “shameful actions” at that year’s NME Awards, where he was accused of making “lewd comments” and later threw his drink into the crowd.

Sky News has contacted representatives for slowthai for comment.