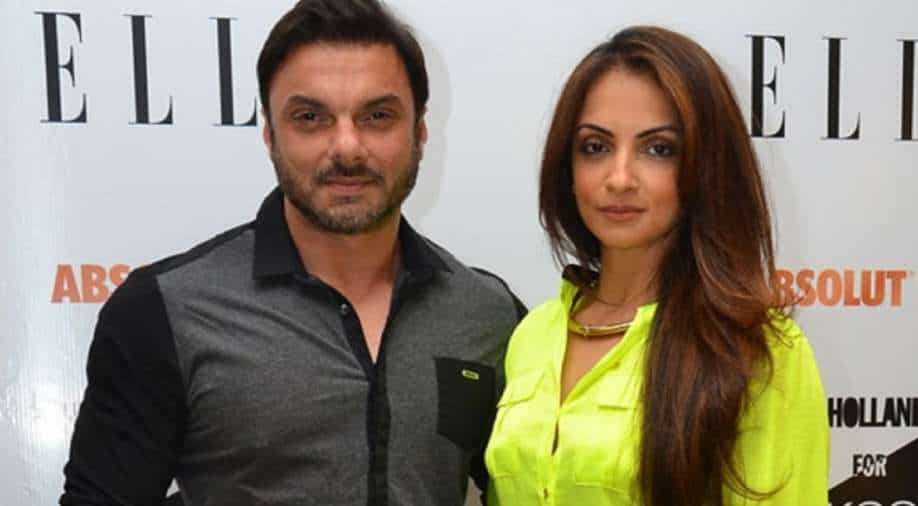 Actor-filmmaker Sohail Khan and his wife, fashion designer Seema Khan were spotted at the family court in Bandra, Mumbai on Friday. The couple who have been living separately for the last few years are now reportedly getting divorced. The couple married in 1998 and have two sons together- Nirvaan and Yohan.

Several reports stated that the two appeared to be friendly toward each other during their court appearance. They were photographed leaving the court separately. While Sohail was seen with his entourage, including bodyguards, Seema left the court premises alone.

Sohail is Bollywood superstar Salman Khan’s younger brother. He has directed a few Bollywood films including ‘Pyaar Kiya To Darna Kya’ and acted in others like ‘Tubelight’, ‘Salaam e Ishq’ and ‘Lakeer’.

Seema, a fashion designer, was part of a reality show ‘Fabulous Lives of Bollywood Wives’ recently.

In fact, it was in the show, that revealed that the couple did not live together anymore. Speaking of their unconventional marriage, Seema had said on the show, “Sohail and I are not a conventional marriage but we are a family. We are a unit. For us, he and me and our children matter at the end of the day.” The couple had eloped two decades back.

Seema will soon be seen in the second season of the show which will stream on Netflix.