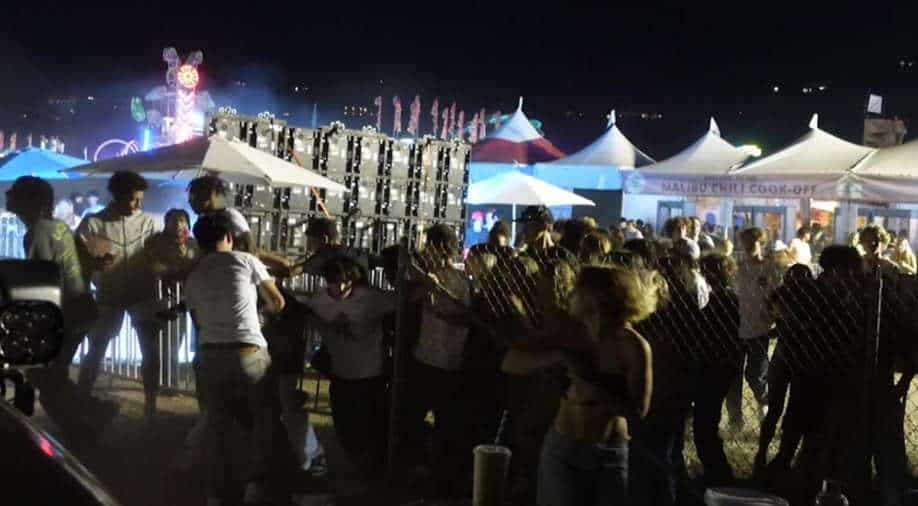 For the 40th Annual Malibu Chili Cook-Off, several A-listers left their cosy abodes to enjoy a sunny day at the festival with their friends and families. The star-studded event brought amazing food and entertainment together and people flocked to the event to enjoy carnival rides, music, and games.

Like every other year, the festival featured some of the best local restaurants, businesses, artisans, and DJ performances. And, with several Hollywood stars in attendance, the event turned out to be a huge success. However, later in the day, the event was disturbed by a crazy stampede which apparently broke out due to a prank.

As reported by TMZ, a crazy stampede broke out and caused massive panic among people and they started running towards the exit gate to flee the grounds. It all started when someone in the crowd reportedly started shouting that there was a man with a gun trying to hurt people.

However, after investigation, the cops found that it was all just a prank pulled by a bunch of teenagers. There were no casualties.

According to reports, all proceeds from the event will go towards the Boys & Girls Club of Malibu, which is a community resource and local 501c3 nonprofit that provides after-school enrichment programs to kids. The program focuses on academic success, health and wellness, and diversity equity and inclusion at all four Malibu Public Schools.