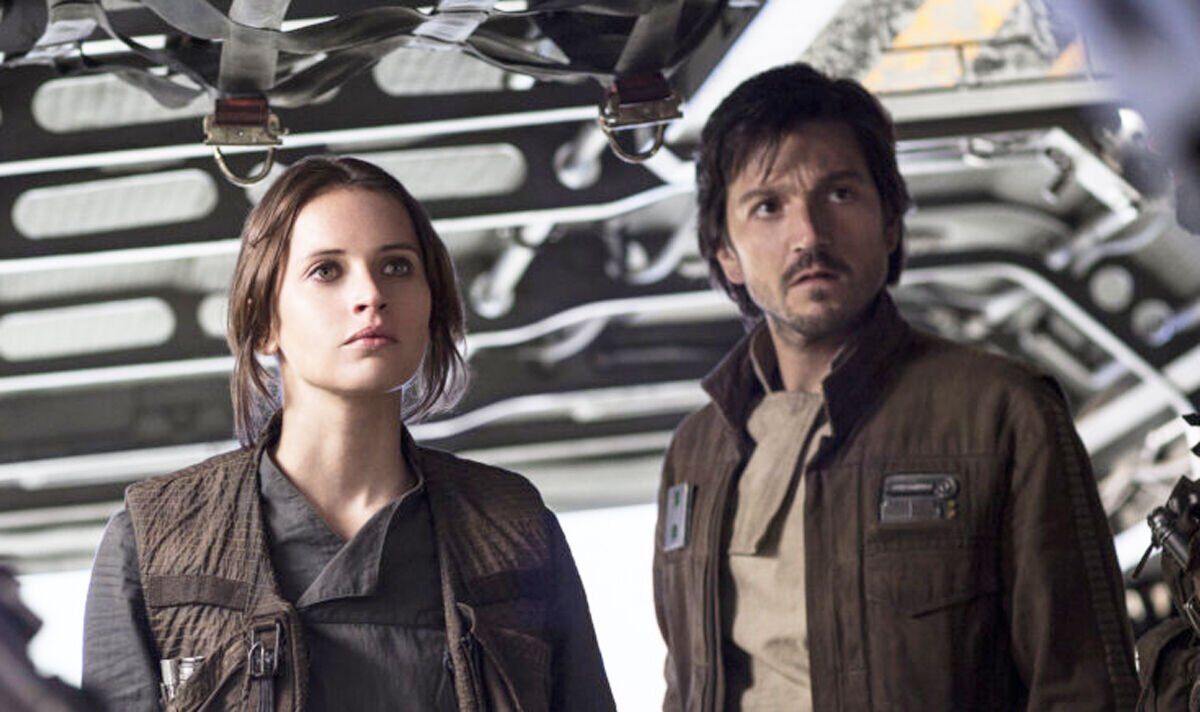 Star Wars fans are ecstatic this week, as a new series set in the iconic universe has finally hit Disney Plus: Andor. The new limited series tells the origin story of Cassian Andor, long before he carried out his heroic actions in the prequel movie Rogue One: A Star Wars story.

It is a bitter-sweet release, however, as the main actor from Andor, Diego Luna, has announced his exit from the franchise.

Luna, who is 42-years-old, plays the main role in his character’s titular series. The Disney property dropped its first three episodes this week, with the first season projected to have 12 episodes in total.

Star Wars bosses have already confirmed that a second season is due to hit the streaming service in the coming years with another 12 episodes. But after that, the character, and his story, will have had his entire journey recounted.

After that, Luna has confirmed he will be leaving the series.

In a new interview, the Mexican star said: “For me, this is it. It’s a beautiful journey now that I have 24 episodes, 24 shorter films, to tell the story of where Cassian comes from and how he got to be the man we met in Rogue One.”

Luna’s announcement isn’t a massive surprise, considering the TV show explores Andor’s childhood for the first time. And, of course, the final moments of Rogue One showed the character’s death in aid of the fight against the Empire.

But, to announce the end of his character’s run so brutally may be a tough pill for fans to swallow.

Luna went on to say that ending his journey as Andor was a conscious decision as an actor. “To me, I learned in my life that it’s about living the present,” he said.

Luna added: “Until today I can tell you, I haven’t gone into a project with that ambition of hoping it would last longer or it will go to somewhere else than what I have in front of me.” (Via EW)

The Andor actor’s exit is a sad inevitability for the franchise, but that may not be the end of the Rogue One story.

Jyn Erso has been rumoured to be making a comeback in the near future, as well. The rumour was reported by Giant Freakin Robot, who have a good history of being correct about these scoops. However, their comments should be taken with a grain of salt.

The publication claims Felicity Jones is now “in talks” to reprise her role as Jyn Erso in another Star Wars project.

Star Wars fans got most of Jyn Erso’s story detailed in the events of Rogue One. But further information about her chaotic childhood might show off just how she became an integral part of the rebel alliance.

Jones previously spoke out about reprising her role as the incredibly warrior in an interview.

On returning, she teased: “I had a wonderful time playing her and I loved all of the physicality of the role and learning about martial arts and boxing. She’s a special kid. So without a doubt, that would be lovely.”

However, it sounds like she won’t be making an appearance in the upcoming Andor series.

The Andor showrunner, Tony Gilroy, recently opened up about the many cameos Star Wars fans have come to know and love.

In recent series, such big names have popped up including Bo-Katan, Cad Bane, and even Luke Skywalker.

But Gilroy confessed: “We didn’t want to do anything that was fan service. We never wanted to have anything… the mandate in the very beginning was that it would be as absolutely non-cynical as it could possibly be, that the show would just be real and honest.”

Andor episodes 1-3 are available to stream on Disney Plus now.