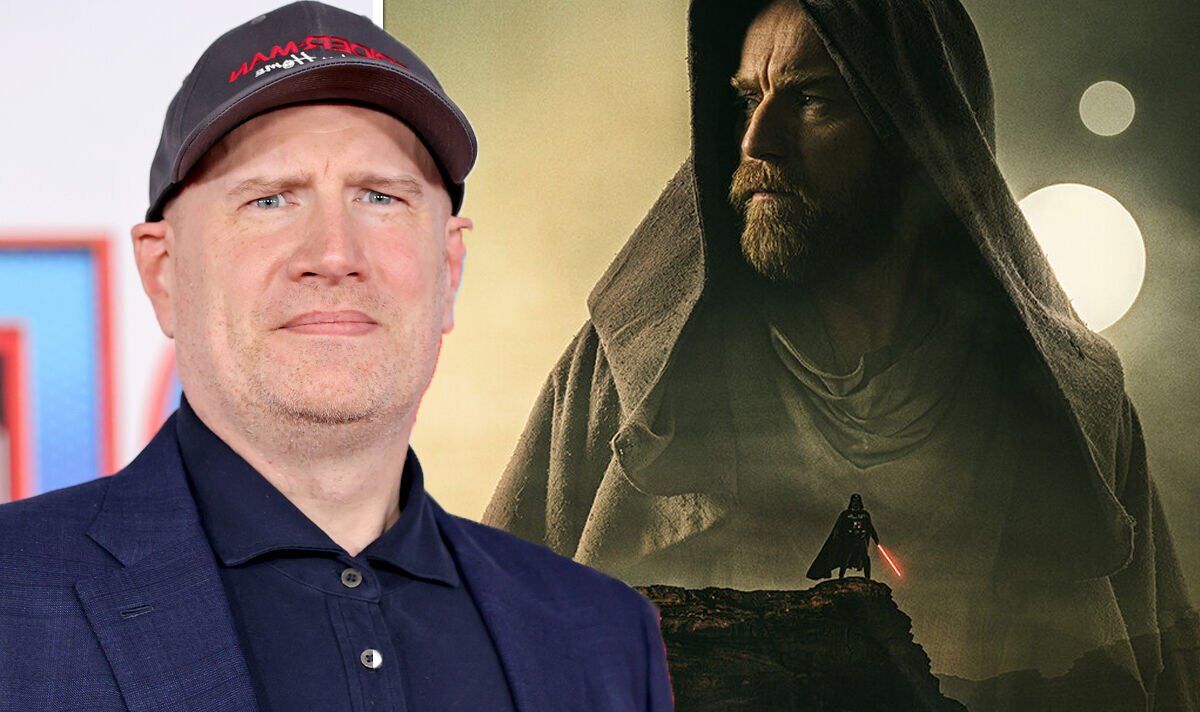 Suffice it to say, a lot of fans were not very happy with how the Star Wars sequel trilogy ended in 2019. The Rise of Skywalker left some louder sections of the fandom a little underwhelmed, so all eyes are on the next film in the series to make good on the series.

And, at the moment, there are a handful of new films in the works, including one from Wonder Woman director Patty Jenkins, and another from Thor: Love and Thunder director Taika Waititi.

But perhaps the most exciting is the film being developed by Kevin Feige, the Marvel Studios boss.

Feige’s Star Wars film is currently wrapped up in mystery, but the screenwriter for Loki and Doctor Strange in the Multiverse of Madness has now given some key details.

Waldron recently spoke out about the top-secret project. “It’s coming along,” he teased. “It’s nice to have some time to focus on it. And it’s fun to get to do something that feels fresh and original, and I’m excited to work with Kevin again, and with the team at Lucasfilm.”

Disney have been expanding the Star Wars universe a lot in recent years with their various Disney Plus TV shows – the most popular of which has been The Mandalorian. However, these shows have continued the story from Episode IV.

Beyond Episode XI, the narrative is a complete mystery. As the head of the Marvel Cinematic Universe, Feige could be the perfect person to craft the future of the series. And Waldron has said he has enjoyed “having the freedom to do something that’s not a sequel or anything”.

Waldron added: “It maybe has a little bit less of a — it just doesn’t have a bunch of TV shows and movies that you’re servicing on top of it, the way I did with Doctor Strange. So it’s nice. It feels like a different exercise.”

The screenwriter was also quizzed about if he had worked out when the upcoming movie would be set. He replied: “Not yet, no. Still figuring all that out.” (Via Den Of Geek)

Although little information has been given at the moment, Star Wars fans are getting a treat this month with the arrival of Kenobi, the direct prequel to Star Wars: Episode IV – A New Hope.

The Disney Plus series brings back not only Ewan McGregor as Obi-Wan Kenobi, but also Kayden Christiansen as Darth Vader / Anakin Skywalker.

Christiansen’s return is particularly surprising considering his character has been locked behind the enormous Darth Vader mask since 2006. But he has been brushing up on his deeper Star Wars lore in preparation for his comeback. He recently revealed he watched all of the films once again to bring himself up to speed.

The Anakin star said: “It was interesting. They did a lot with these characters in those shows. And they did further explore the relationship. There was interesting stuff there to learn about. It was great fun getting to go back and re-immerse yourself in this world that just continues to grow and become more and more vast.”

Even more exciting is that Christiansen has signed up to appear in the upcoming Ahsoka series. This is particularly poignant for his character considering Anakin was Ahsoka’s Jedi Master. But, of course, after he turned to the Dark Side, a lot changed between them.

He said it is going to be “very powerful” seeing the two characters together on screen for the first time in years.