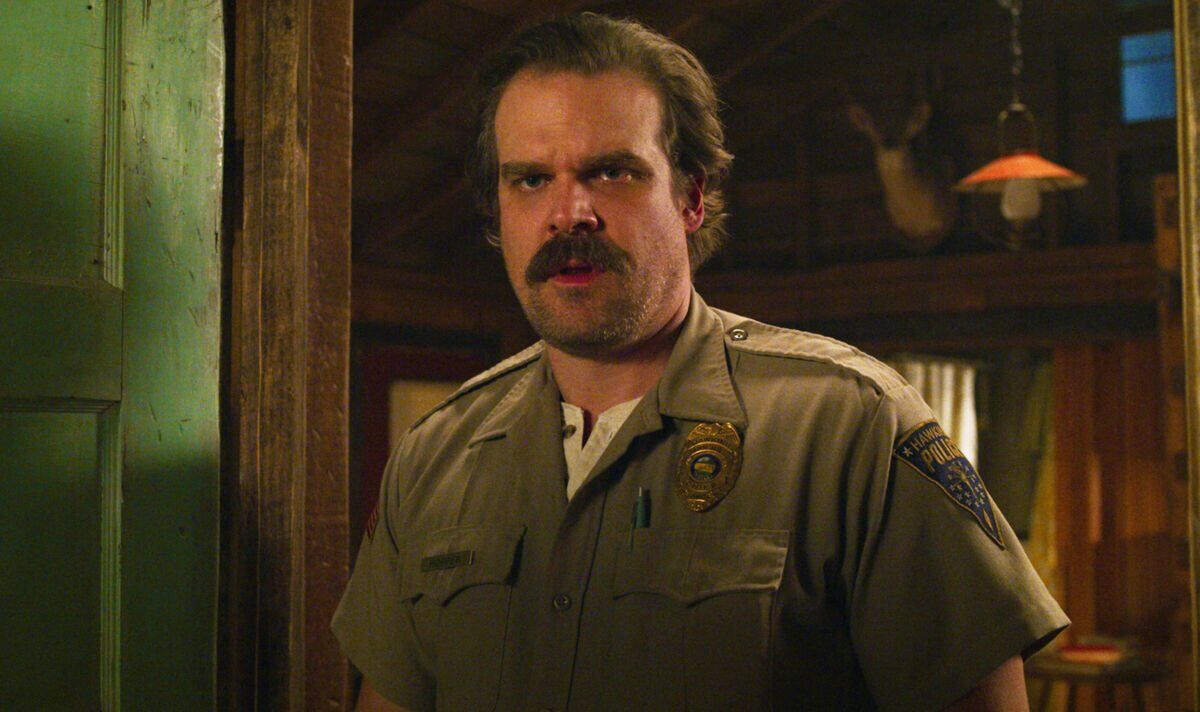 David Harbour has been making the transition from TV actor to movie star over the past couple of years. He is, of course, best known for playing Jim Hopper in the Netflix horror/adventure Stranger Things. But with that coming to an end in 2024, he is making the move to the silver screen.

Most recently, Harbour had a main role in the Marvel movie Black Widow, where he played Russia’s answer to Captain America, The Red Guardian; a role he’ll be returning to in the upcoming movie Thunderbolts. And just earlier this week, it was revealed he will be starring in a festive horror movie titled Violent Night.

The latest news from Hollywood has revealed the Jim Hopper actor is going to be joining the PlayStation universe in the film adaptation of one of their biggest ever franchises: Gran Turismo.

For those not in the know, Gran Turismo is a racing game that has been a staple in the PlayStation family since the first console was released back in 1994. To date, the video game has sold more than 80 million copies worldwide.

However, Harbour’s version of the video game adaptation is going to be vastly different. Instead of transcribing the game into a direct movie, it is partly based on a true story about the video game.

Gran Turismo’s synopsis reads: “Based on a true story, the film is the ultimate wish fulfilment tale of a teenage ‘Gran Turismo’ player whose gaming skills won a series of Nissan competitions to become an actual professional race car driver.”

Gran Turismo is due to be directed by South African-Canadian director Neill Blomkamp. He is best known for helming “District 9”, “Elysium” and “Chappie”.

The petrol-head movie’s story is being written by Jason Hall and Zach Baylin. Hall is known for penning the 2014 Academy Award Nominee “American Sniper”.

Hall and Baylin are being joined by PlayStation Productions’ Asad Qizilbash and Carter Swan. The former commented on the adaptation of the game into a film franchise.

Qizilbash said: “As one of PlayStation’s longest standing and most beloved franchises, it’s great to be partnering with Columbia Pictures again to bring ‘Gran Turismo’ to life in an exciting way. We can’t wait for audiences to see Neill’s vision of this inspiring true story of gamer turned professional race car driver.”

Considering Blomkamp has a distinct, action-packed style in his movies, it will certainly be interesting to see how Gran Turismo will turn out. But he won’t be doing it unsupervised.

Behind him, he’ll be getting help from PlayStation Productions. The Sony-owned production company have been steadily releasing video game properties in live-action form over the past year.

Most recently, they released the blockbuster Uncharted. It starred Spider-Man actor Tom Holland and Mark Wahlberg.

Uncharted was a relative success, despite receiving middling reviews from critics. It earned over $400 million at the box office on just a $120 million budget.

In the coming years, PlayStation Productions are due to release film adaptations of other video games, including zombie thriller Days Gone, Japanese fantasy adventure Gravity Rush, and animated romp Jak and Daxter.